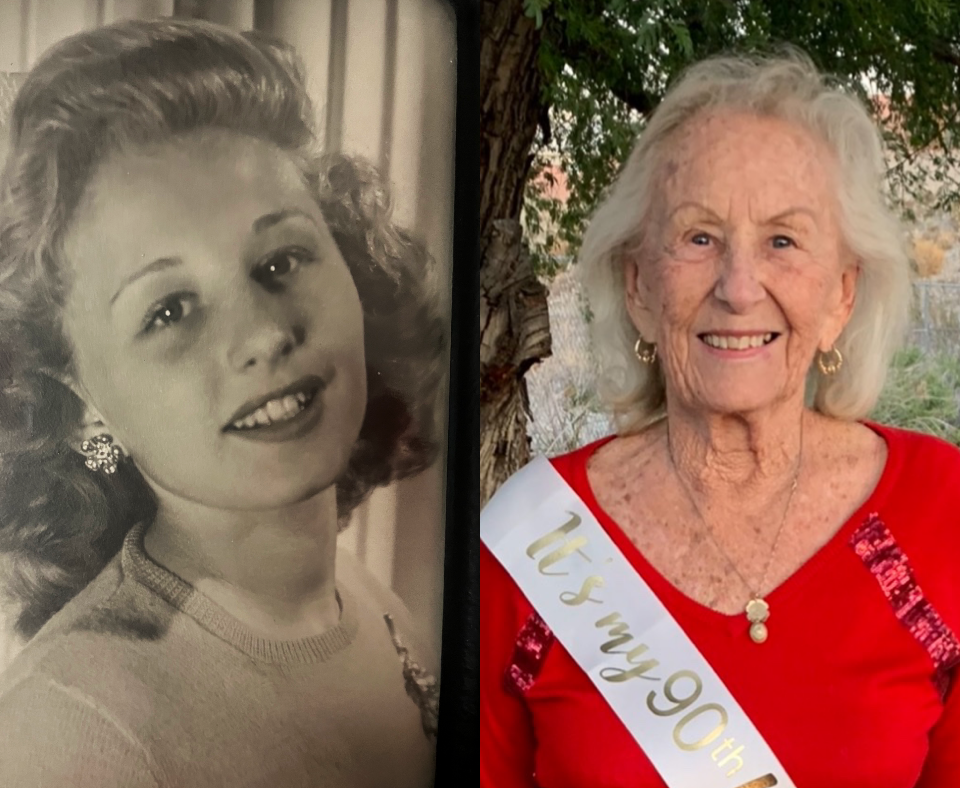 Please share a memory of Shirley to include in a keepsake book for family and friends.
View Tribute Book
Lake Havasu City has lost one of its beloved pioneers. Shirley Ruth Blanchard, also known as “The Queen”, age 93 passed away January 11, 2023 in the comforts of Prestige Assisted Living. Shirley was a loving wife, mother, grandmother, aunt, and friend to many. Shirley was born October 30, 1929 in Los Angeles, CA to Edna and Ernest Castle. She married Don Blanchard January 19, 1947. They had three sons, Russ, Tim, and Chris Blanchard. The family camped on the site 6 point before a city was thought to be created. They moved from Pico Rivera, CA to Havasu Landing in 1966. As Lake Havasu City began to develop, Don travelled by boat from across the lake to manage the Lake Havasu Airport on the Island and moved his family to the city in 1973 where they remained happily until Don’s passing in 1998. Shirley continued to live life to its fullest. She loved to travel, visit the casinos, play cards with friends, garage sale, and spend time with her family which was her greatest pleasure. Shirley will be greatly missed by family and friends. She is survived by her son Chris (Sue) Blanchard, Daughter-In-Law, LaVaune Blanchard, Grandchildren: Rhonda McKenney (Shawn), Tammie Lujan (Trevor), Dustin Blanchard (Diana), Joey Blanchard (Katherine), Jason Blanchard (Danielle), Jamie Blanchard, and Callie Sanford (Jesse), 14 great grandchildren, and 5 great-great grandchildren. She was preceded in death by Husband, Don Blanchard (10/1/1998), Son, Russ Blanchard (11/19/2021), Son, Tim Blanchard (11/20/2021), and Daughter-In-Law Debbie Blanchard (11/24/2021). Farewell to a wonderful woman gone from our sight, but never from our hearts. “Life is a song – sing it. Life is a game - play it. Life is a challenge – meet it. Life is a dream – realize it. Life is a sacrifice – offer it. Life is love – enjoy it.” In lieu of flowers, contributions may be made to the Lake Havasu City Professional Firefighters Association or the Western Arizona Humane Society. Arrangements were made by Lietz-Fraze Funeral Home.
To plant a beautiful memorial tree in memory of Shirley Blanchard, please visit our Tree Store

Look inside to read what others have shared
Family and friends are coming together online to create a special keepsake. Every memory left on the online obituary will be automatically included in this book.
View Tribute Book
Services for Shirley Blanchard
There are no events scheduled. You can still show your support by planting a tree in memory of Shirley Blanchard.
Plant a tree in memory of Shirley