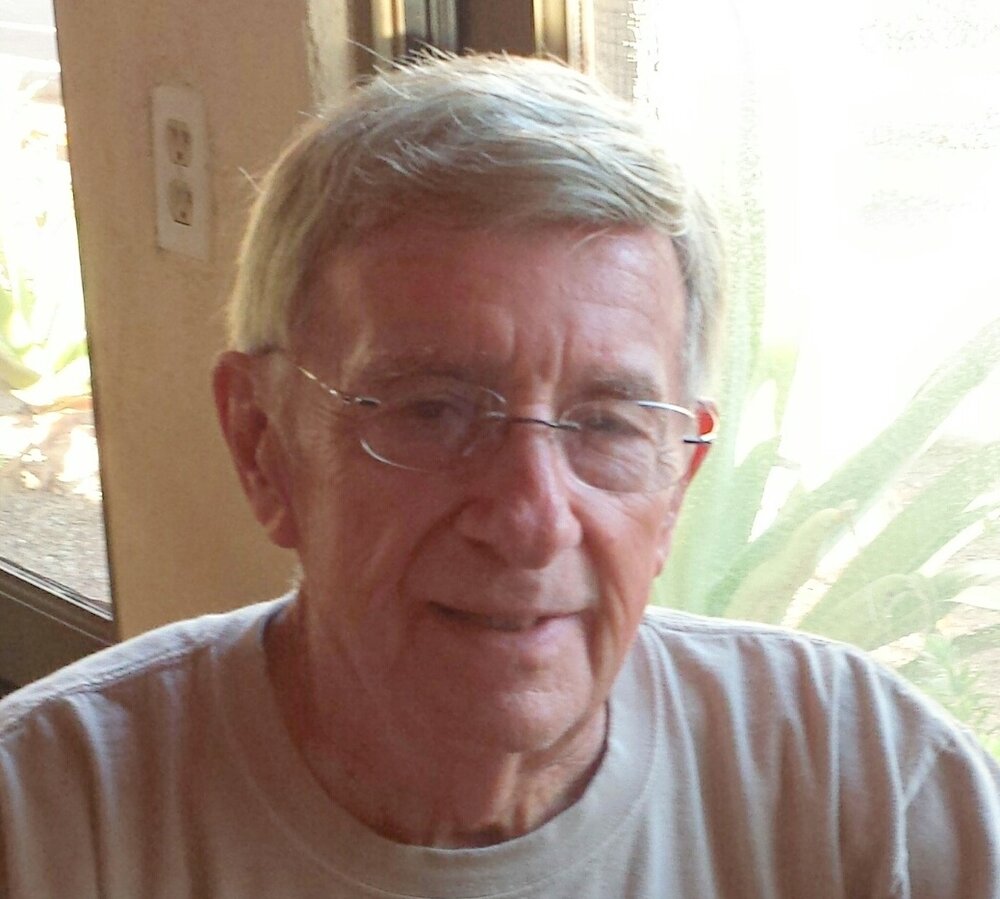 Please share a memory of Robert to include in a keepsake book for family and friends.
View Tribute Book
Robert James Leisten, 85, passed away on December 26, 2022, following a bad fall and serious head injury. Robert(Bob) was born in Evanston, IL, and grew up in and around Chicago. He joined the Air Force right out of high school and was stationed at March Air Force Base, CA, Kwajalein in the Marshall Islands and Eglin Air Base in Florida. Bob married his first wife Geraldine in 1960, and they raised two sons, James Robert Leisten and Michael Joseph Leisten. In 1982, Bob moved to San Diego, California, to begin a new life. There he met Sue Wiker Miller. They were later married in 1987, and lived in Moreno Valley, CA; Escondido, CA; El Cajon, CA; and ultimately Lake Havasu City, AZ. Bob began a career selling construction fasteners and tools. With his entrepreneurial spirit, he went into business for himself. Always desiring to grow and challenge himself, he went on to own and operate several business ventures including construction supply, a carpet supply store, a Mexican restaurant, and an employment agency where he met his loving wife Sue of 35 years. He followed that up with a successful pool maintenance and pool equipment repair business in San Diego, CA. Bob and Sue then migrated to Lake Havasu City, AZ and established the pool maintenance business there. Bob also became a real estate agent in Arizona. His final venture before retiring at 72 years old was to operate a successful commercial sign design and manufacturing company. Bob had a wonderful spirit and loved outdoor activities including boating, snowmobiling, motorcycling, and finally traversing the rugged terrain of Arizona in a dune buggy. He and Sue did some traveling including several cruises to Mexico and Alaska. Road trips were their favorite, and they saw most of the West from the window of an automobile. Bob is survived by his wife Sue, his sons James (wife Kelly) of Escondido, CA, and Michael (wife Marie) of Groton, MA, his brother Raymond Leisten (wife Patricia) of Cincinnati, OH, six grandchildren, one great-grandchild and several nieces and nephews. He was preceded in death by his parents Frank and Marguerite Leisten and his older brother Thomas Leisten. A small intimate service will be held at Miramar National Cemetery in San Diego, CA, at a later date. Bob will be missed!!!
To plant a beautiful memorial tree in memory of Robert Leisten, please visit our Tree Store

Look inside to read what others have shared
Family and friends are coming together online to create a special keepsake. Every memory left on the online obituary will be automatically included in this book.
View Tribute Book
Services for Robert Leisten
There are no events scheduled. You can still show your support by planting a tree in memory of Robert Leisten.
Plant a tree in memory of Robert