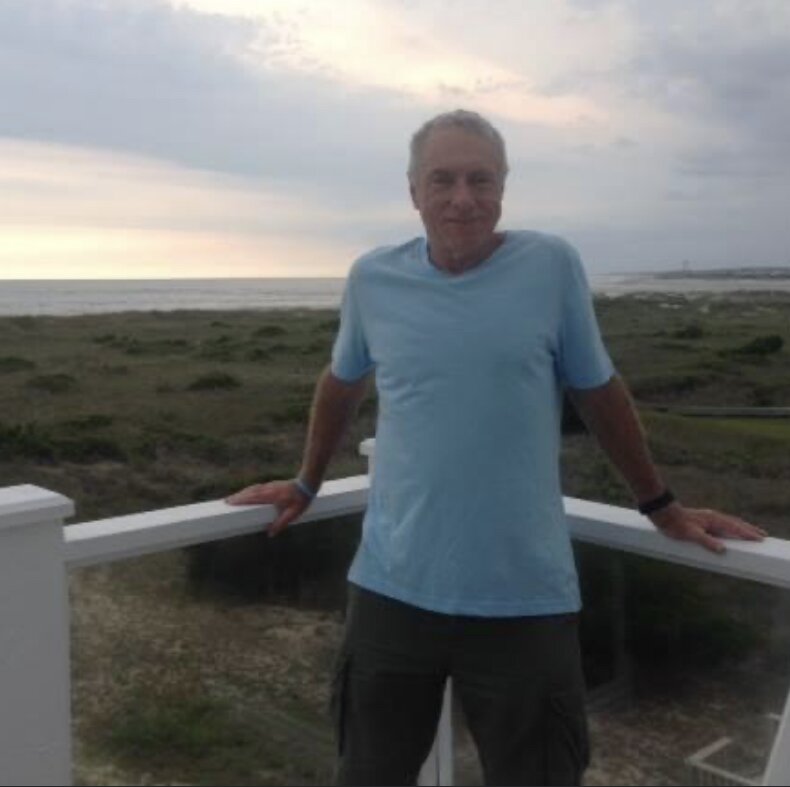 Please share a memory of Dennis to include in a keepsake book for family and friends.
View Tribute Book
Dennis Ray Foster, 79 went home to our LORD and Savior Jesus, on 11-29-22 while asleep at home in Lake Havasu City, AZ. A celebration of life will be held in Elkhart, IN at a later date. Dennis was born on 5-04-1943 in Elkhart, IN to Charles Foster and Jean (Elliott)/Wear. He was a graduate of Elkhart Central 1961 where he played basketball. He later played for Colorado State University where he received a degree in Physical Education. He was a successful boys basketball coach at Westview, East Noble, and Hebron where he taught for many years. He coached girls basketball at Hanover Central. He truly loved his family, players, cheerleaders, fans and rivalries, and even some referees. He loved to compete! He received several awards for coaching. Dennis is survived by his loving family; sister Carol Swartz, Step sisters Bobbi Ericson (John) and Sue Snyder, as well as sister in law Kathi Foster. First wife Sally Brodhead (Tom McMeekan), Daughter Stephanie Kent (Kenneth) of Lake Havasu City, AZ, sons John Foster in Key West, FL and Scott Foster (Reena) of Crown Point, IN. He is survived by 8 grandchildren, and 3 great grandchildren. He is survived by several cousins, nieces and nephews. He is preceded in death by his parents, step father Robert Wear and brother Dean Foster. Memorial donations may be made to hdsa.org. Lietz-Fraze funeral Home will be handling arrangements please send remembrance to www.lietz-frazefuneralhome.com
To plant a beautiful memorial tree in memory of Dennis Foster, please visit our Tree Store

Look inside to read what others have shared
Family and friends are coming together online to create a special keepsake. Every memory left on the online obituary will be automatically included in this book.
View Tribute Book
Services for Dennis Foster
There are no events scheduled. You can still show your support by planting a tree in memory of Dennis Foster.
Plant a tree in memory of Dennis