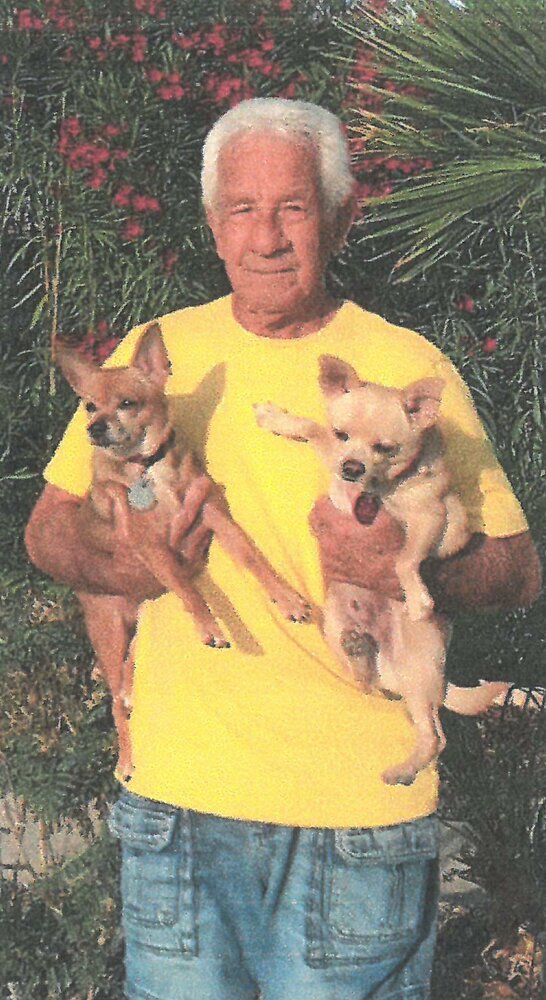 Please share a memory of George to include in a keepsake book for family and friends.
View Tribute Book
George Valencia Jr. 04/09/1925-11/13/2022 George was the first born of seven to Frances Hernandez and George Valencia Sr. in Los Angeles, California. George joined the Navy in 1943 and is a World War II veteran. In 1947, George and Theo married and had two sons and two daughters, settling in Whittier, Ca. George and Theo were the grandparents of nine, the great-grandparents of 22, and great-great-grandparents of 3. George worked until he was eighty and moved with his wife, to Lake Havasu City in 2006 to retire. George and Theo were married seventy years, prior to her death in 2017. George was born into a very large family and spent much of his time caring for and visiting relatives from youth. In 2021, his large family supported his love with a family reunion here in Havasu. George is leaving his brothers Gerald and Frank, children George III, Victoria, Robin and Barry, 9 grandchildren, 22 great-grandchildren, and 3 great-great-grandchildren, as well as a long list of nieces, nephews, cousins, and dear friends. George was an avid golfer and a member of the local American Legion Post 81. He will be dearly missed by many of his friends here in Havasu and his entire family.
To plant a beautiful memorial tree in memory of George Valencia Jr., please visit our Tree Store

Look inside to read what others have shared
Family and friends are coming together online to create a special keepsake. Every memory left on the online obituary will be automatically included in this book.
View Tribute Book
Services for George Valencia Jr.
There are no events scheduled. You can still show your support by planting a tree in memory of George Valencia Jr..
Plant a tree in memory of George