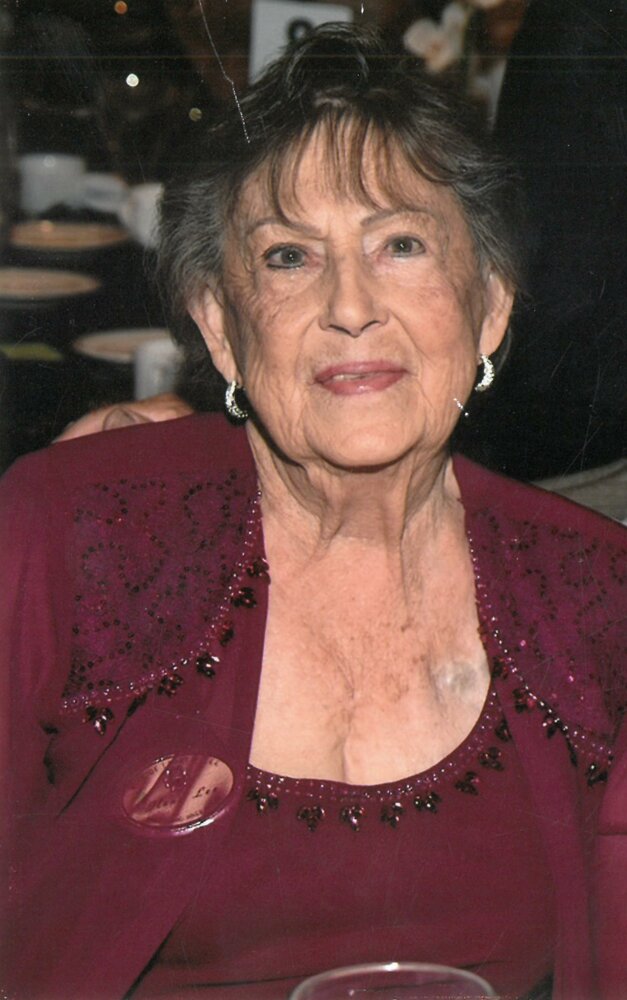 Please share a memory of Ilene to include in a keepsake book for family and friends.
View Tribute Book
Wanda Ilene Lee was born on November 23, 1936 to Ada and Bernice Caudle, in Lebanon, Missouri. Ilene graduated from Lebanon High School in 1954 and married her sweetheart Russell Wright in 1954. They raised 1 girl and 3 boys and moved to Wittier and Ventura, California where he was a car salesman for Cal Worthington Dodge. Russell died of a cerebral hemorrhage in 1963. Ilene and family moved many times and were in Anchorage, Alaska for a couple of years. They moved to Kalispell to be near her brother, Albert Caudle, who loved in Bigfork. She completed Beauty School and had a nice following of Kalispell women. In 1971, she met Larry O. Lee at the Lee Marine boat shop while buying pool supplies. They became a team and were married February 16, 1973 in Coeur d'Alene, Idaho at the Lutheran Church. The wedding reception was next day at the Kalispell Elks Lodge. They were married for 49 years. In addition to beauty work, Ilene decorated cakes for all occasions. Her talents also created a wonderful assortment of cookies for many families at the holidays. Two daughters were born to Larry and Ilene; Libbe in 1975 and Elizabeth in 1978. The family lived at Hwy 93 and Reserve Drive, with room for animals. Libbe married Frank Gilbert in 1995 and Elizabeth married Jacob Andersen in 1999. Michael Tyler Lee became a family member in 1993 and is now 30 years old and a nice part of our family. Ilene became a realtor property manager and had her own company, Flathead Property Management. When her health began to sour, she wanted out of the cold and wanted Arizona sunshine. They moved to Lake Havasu City in 1996. Larry sold his real estate offices and joined McCulloch Realty. Ilene enjoyed traveling with Larry to Elks conventions and events in Montana and Grand Lodge Conventions for 15 years. She met many nice people and loved her memories. She is survived by Leshia Wright, Kyle Wright, Libbe and Frank Gilbert of Lake Havasu, Elizabeth and Jacob Andersen of Liberty Lake, Washington, Tyler Lee of Lake Havasu, 8 grandchildren and 5 great grand children. Special family members include sister in law; Jinny Michels, Nancy and Don Lockman of Florida, and brother in law; Tom and Barbara Lee of Kalispell, Mary Jo & Jim Wright of California. She was preceded in death by her parents, 3 brothers, her 1st husband; Russell Wright, and sons; Randall and Brad Wright. She enjoyed her back yard, all of the birds, and the view of town. She made personalized cards for all occasions in her craft room. The cards were Irish Folding and embroidered, she enjoyed giving them away. She also had a love for baking pies, cookies and decorated cakes. She enjoyed playing games including pony tail cards.
To send flowers to the family or plant a tree in memory of Ilene Lee, please visit Tribute Store
Wednesday
23
November