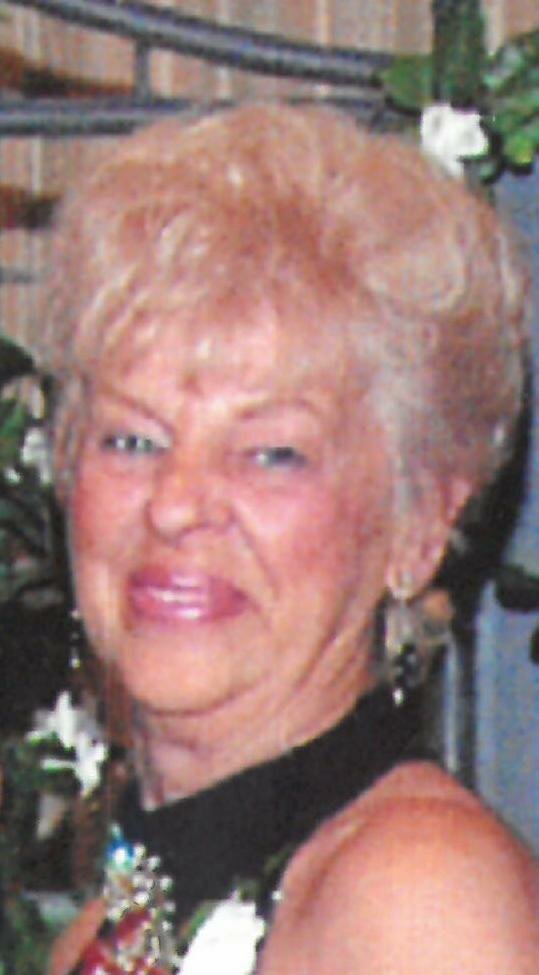 Please share a memory of Betty to include in a keepsake book for family and friends.
View Tribute Book
Betty (Gemolas) Grapp, 82 of Lake Havasu City, Arizona passed away peacefully at home, surrounded by family, on Saturday, November 5, 2022. Betty was born on December 30, 1939, to Harry and Katherine Gemolas in Detroit, Michigan. Betty is survived by her daughter, Rosemarie Grapp, sons Richard (Lisa) Grapp and Randy (Vicki) Grapp; grandchildren Cody (Cierra Loney) Grapp and Connor (Cypris Gardner) Gibbons; great grandchildren, Delta and Beau Grapp and Winston Grapp; brother Nicholas (Sherry) Gemolas, and several cousins, nieces, nephews and great nieces and great nephews. Betty was preceded in death by her parents, her husband Richard (Dick), in-laws Rose and Peter Grapp, and countless other loved ones. As a Registered Nurse at Grace Hospital in Detroit, Betty met Detroit Police Officer Dick Grapp after he pulled her over for speeding on her way to work. The story goes…there were a few more tickets between this first meeting and their wedding on March 1, 1964. After moving from Detroit to Ortonville Michigan in 1976, Betty continued nursing at Wheelock Hospital in Goodrich, Michigan and eventually completed her 50+ year career in nursing at Havasu Regional Hospital when she and Dick moved to Lake Havasu City, Arizona in 1990. Betty was one-of-a-kind! She was a spitfire with a heart of gold and the mouth of a sailor. Her home was always open to family and friends and was the "place to be" for her children’s friends. There was always enough food available to feed an army. She had many interests including: a passion for raising / breeding Siamese cats, crafting (sewing / crocheting), crossword puzzles, competing with family during Jeopardy, and playing card games. Visitation and memorial services will be held at Covenant Church, 113 Acoma Blvd, Lake Havasu City, AZ 86403 on Monday, November 14, 2022, from 11am-1pm, followed by burial at Lake Havasu Memorial Gardens Cemetery, 1698 Deer Run Drive, Lake Havasu City, AZ, 86404.
To send flowers to the family or plant a tree in memory of Betty Grapp, please visit Tribute Store
Monday
14
November