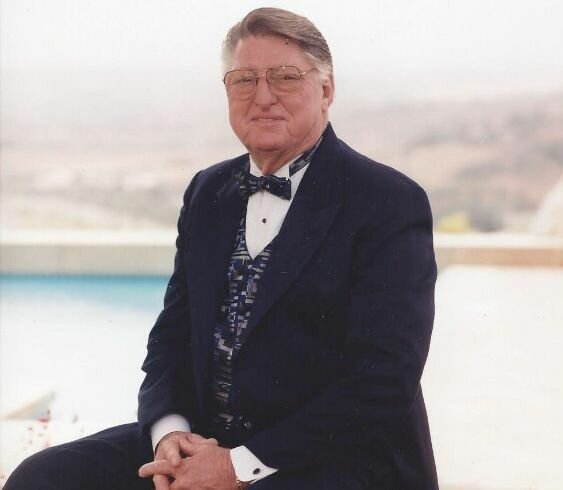 William E. “Bill Deacon” Ford Apr 03, 1932 – Aug 11, 2022 Bill Deacon Ford, age 90, passed away on August 11th. The world lost a Great and Wonderful man whose life was “never a dull moment”, and who Loved the Lord with all his heart! Bill was born in Southern California and lived there the majority of his life. He joined the Coast Guard and was stationed in Kodiak, Alaska and married Patricia Umstead there in 1952. After he was Honorably Discharged, they returned to California and Bill drove a Big Rig Truck for S.E. Rykoff & Co. for 37 years. In between those years he had a Sand Racing Team driving the Baja 500, Baja 1000, Mint 400, and numerous races in Mexico. Bill also got his Glider Pilots license and flew out of Hemet, Ca. Bill and Pat traveled quite often to the islands in the South Pacific. They had 4 children – Mike, Mark, Greg and Pam. After being married 42 years, Patricia Ford passed away in 1994. Bill met Pamela Fitzsimmons at S.E. Rykoff and they were married in 1997. In 1998, Bill and Pamela retired and they moved permanently to Lake Havasu. Bill had two Street Rods and was a founding member of the Over the Hill Gang – Lake Havasu Chapter. Bill was a lead Deacon at Calvary Baptist Church, and he also was the leader of the Calvary Men’s Cook Team. Bill’s son Mike preceded him in death, but he will be greatly missed by his children, grandchildren, great grandchildren and his huge family of friends. A Celebration of Life will be held at Calvary Baptist Church located at 1605 McCulloch Blvd South, Saturday, October 22, 2022 at 11:00 a.m.