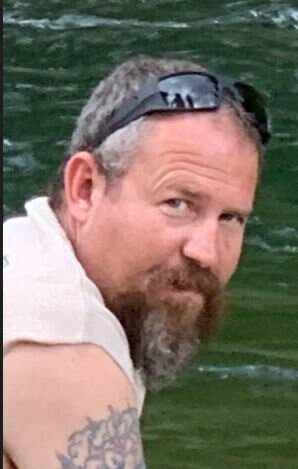 Please share a memory of Gerry to include in a keepsake book for family and friends.
View Tribute Book
Gerry Shawn Speers, 45, of Lake Havasu City, Arizona, passed away on October 2nd, 2022 at Sunrise Hospital in Las Vegas, Nevada. Gerry was born in Phoenix, Arizona on January 31st, 1977 to Dennis and Reba Speers. At a young age, Gerry and his family moved to Twin Falls, Idaho. In 1994, Gary met the love of his life and future wife, Michelle Ricks. After dating for a couple of years, they were married on September 27th, 1996. They would go on to have 3 boys, Austin, Brodie and Kelten. In 2001, Gerry, Michelle and the boys would move to Lake Havasu, Arizona. Gerry started with River Stoneworks, where he worked for over 20 years. This is where 2 of his boys would eventually start working as well. Gary loved to work on cars. He would do a little bit of everything . Anything he didn't know he would learn. He also loved to BBQ, go fishing, shooting, and anything else that involved spending time with his family. Gerry was proceeded in death by his dad, (Dennis Speers), grandparents (Stephen and Nettie Speers), grandparents (Betty and Henry Schwas). Gerry is survived by his wife (Michelle Speers), sons (Austin, Brodie and Kelten), all of Lake Havasu City, Arizona, mother (Reba Tolman- Lawrence), of Murtaugh, Idaho, brother (Travis Speers), brother (Justin Smith), both of Lake Havasu City, Arizona, followed by many Nephews, Nieces, Aunts, Uncles and Cousins. Funeral services are pending at this time.
To plant a beautiful memorial tree in memory of Gerry Speers, please visit our Tree Store

Look inside to read what others have shared
Family and friends are coming together online to create a special keepsake. Every memory left on the online obituary will be automatically included in this book.
View Tribute Book
Services for Gerry Speers
There are no events scheduled. You can still show your support by planting a tree in memory of Gerry Speers.
Plant a tree in memory of Gerry