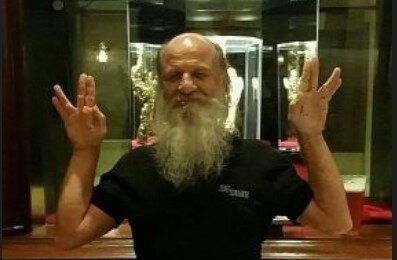 Please share a memory of Charles to include in a keepsake book for family and friends.
View Tribute Book
September 08, 1952 – August 13, 2022 Charles Allen Rymer, Sr., known to his sister and friends as “Charlie”, passed away on August 13, 2022 at the age of 69 in Lake Havasu City, Az. He was born in Bakersfield, CA on September 08, 1952 to Lenard DeFordRymer and Roberta Elizabeth Rymer (Justis). Charles served his country as an Army Specialist in the Army and Army Reserve. He earned a National Defense Service Medal,Parachute Badge and the Good Conduct Medal. He received his Master's Degree. He worked for Sam's Shooter Emporium as a Guns salesman. Charles enjoyed spending time with his family, music, rock collecting, guns and gaming. Charles is preceded in death by his parents Lenard Rymer and Roberta Shelton (Henry), and his son Charles Rymer Jr and siblings Glen Rymer, Neil Rymer, Roy Lee Rymer, Lenard Rymer Jr. He is survived by his daughters Chrissie Rymer (Mark), Casey Podboy(Chris), Cherice Rymer- Ferree (Matt), his sister Betty McMahon (Bob) and his ex-wife Cheryl. Plus 13 grandchildren and a great-grandchild on the way. The funeral service will take place at Covenant Church 113 Acoma Blvd on September 14, 2022 at 9am, with a burial to follow at Lake Havasu Memorial Gardens at 11am. Lunches at noon at the VFW, located 266 London Bridge Rd.
To plant a beautiful memorial tree in memory of Charles Rymer Sr, please visit our Tree Store

Look inside to read what others have shared
Family and friends are coming together online to create a special keepsake. Every memory left on the online obituary will be automatically included in this book.
View Tribute Book
Services for Charles Rymer Sr
There are no events scheduled. You can still show your support by planting a tree in memory of Charles Rymer Sr.
Plant a tree in memory of Charles