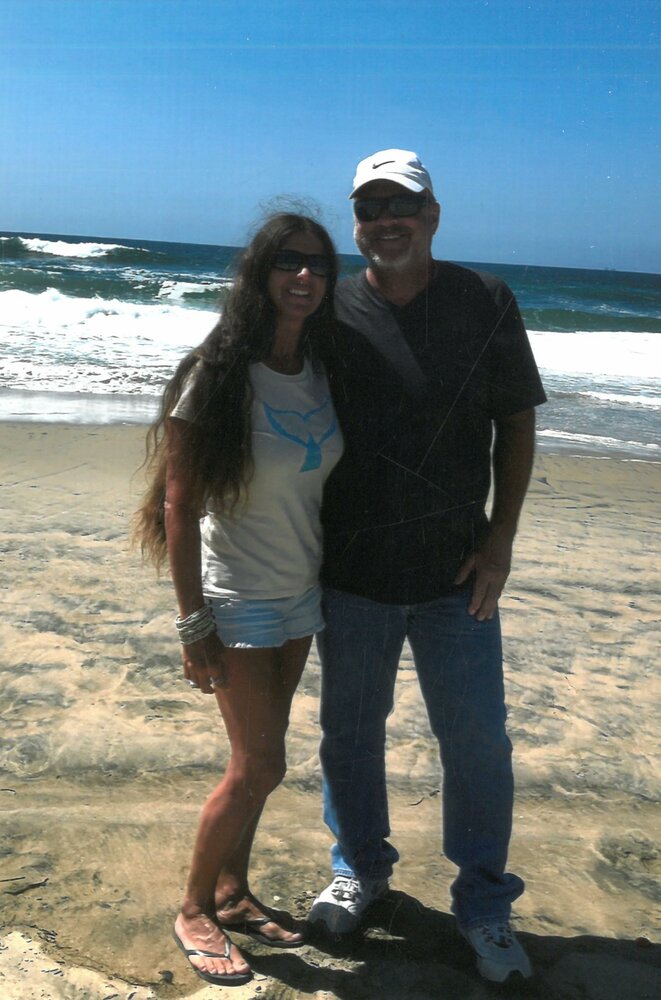 Please share a memory of Thomas to include in a keepsake book for family and friends.
View Tribute Book
Tom suddenly passed away on July 18th at the young age of 60, after battling numerous health issues. He was a wonderful father to all of his six kids, teaching them everything he knew. He was proud of all their accomplishments in life. He enjoyed watching the grandkids play sports and would be the “bleacher coach” and express his opinions loudly for all to hear. As well as enjoying the younger grandkids playing around the house. He moved to Havasu in 1969 from Lorain, Ohio. For many years he would be seen all around town riding his bicycle. He liked reminiscing on how different life was back then and walking for miles as there was not much here. He was proud to say his dad was president of the State bank and his mom was a school teacher for over 30 years and an avid quilter. He took tremendous pride in his business of 37 years Sanders Sweeping. Tom put his all into his work to upkeep his company reputation as he wore his last name proud. Whether it was striping a parking lot to perfection or sweeping parking lots absolutely spotless or power washing every inch of commercial sidewalks or landscaping commercial properties to make them look like a masterpiece. Every job big or small when finished was full of pride. One of the largest jobs was striping the entire mall. Tom and Yvonne would snap lines and Dustin would run the striping machine with such straight lines that he always admired them from the highway to this day. On November 1, 2019, he sold the business and later that month a large tumor was discovered on his chest and since that time he has fought a constant battle with health issues. Tom and Yvonne were inseparable best friends and soul mates. Their relationship was unique as they never liked being apart from each other. They would work side by side everyday on jobs and so many people would come up to him and ask, how do you work with your wife all the time, and his reply was, we are together 24/7 and hardly ever argue and love each other’s company and wouldn’t have it any other way. They’ve known each other for 27 years but took some time to actually be together. They feel in love with Huntington Beach watching the dolphins and whales or just riding bikes for miles along the ocean. He is greatly missed by so many as his generosity touched many, many people. I wub you so much hunny my bunny and miss you for eternity! Your baby doll forever! A private service will be held at a later date. Tom is preceded in death by his parents Greg and Marylou Sanders Tom is survived by his loving wife Yvonne, his sons Aaron (Cathy), Dustin, Kenny (Torri), and Nick. His daughters; Jordan (Ricardo), Mallory (Jason). His brothers John (Betty) His sister Karen (Jeff). His brother ​ in Law Mike (Connie) and Niece Kim and Nephew Jeremy and mother in law Barb He is also survived by 8 grandchildren Ean, Leeland, Bella, Prez, Hadley, Paisley, Noah, and Grayson. A celebration of life will be held at a later date.
To plant a beautiful memorial tree in memory of Thomas Sanders, please visit our Tree Store

Look inside to read what others have shared
Family and friends are coming together online to create a special keepsake. Every memory left on the online obituary will be automatically included in this book.
View Tribute Book
Services for Thomas Sanders
There are no events scheduled. You can still show your support by planting a tree in memory of Thomas Sanders.
Plant a tree in memory of Thomas