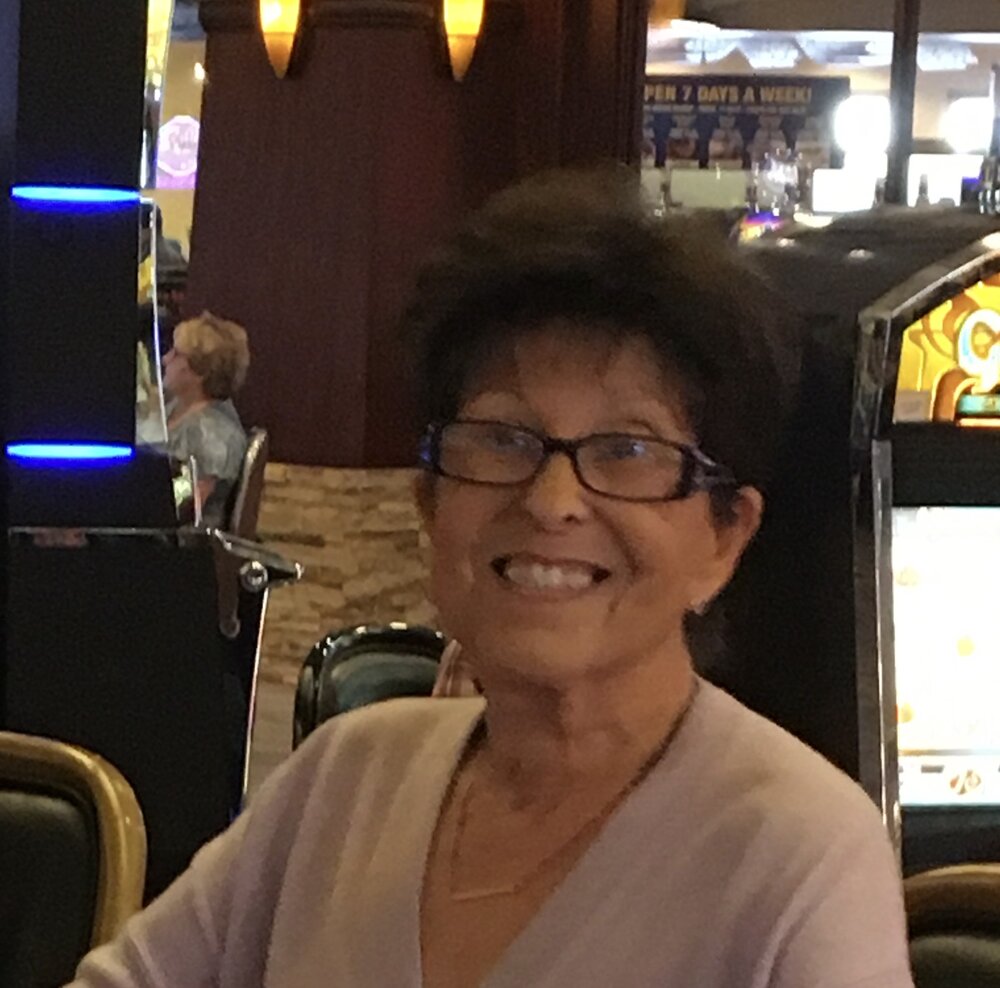 Please share a memory of Patricia to include in a keepsake book for family and friends.
View Tribute Book
Patricia (Pat) Catania, aged 78, died on Monday, July 25th, at her home in Lake Havasu City, Arizona. At her side was her much loved companion and husband of 30 years, Ed Erb, and sister, Pastor Maureen Collins. Pat was born in Boston, Massachusetts to Nicholas Catania and Lillian Higgins and was one of four siblings. She spent her youth in the West End, and the family subsequently moved to West Roxbury, were Pat met her first husband, Mike Smith, and had their daughter Annette. Pat and her extended family moved to Lake Havasu City in 1974 for a new adventure. Throughout her time in Havasu Pat waitressed at many restaurants, making lifelong friends and sharing her infectious laughter. She met her husband, Ed, at the Frigate, and together for seven years, they were part owners in Rumors, a restaurant featuring Ed’s famous ribs. Beyond her restaurant work, Pat had a sincere love of animals which included riding her horse, Nicky, and caring for their many dogs. Pat is preceded in death by her father Nicholas Catania, mother Lillian Higgins, brother Richard (Sandy) Catania, sister-in-law June Catania, brother Nicholas (Nicky) Catania, and her first husband Michael Smith. She is survived by her daughter Annette Smith, husband Ed Erb and sister Pastor Maureen Collins.
To plant a beautiful memorial tree in memory of Patricia Catania, please visit our Tree Store

Look inside to read what others have shared
Family and friends are coming together online to create a special keepsake. Every memory left on the online obituary will be automatically included in this book.
View Tribute Book
Services for Patricia Catania
There are no events scheduled. You can still show your support by planting a tree in memory of Patricia Catania.
Plant a tree in memory of Patricia