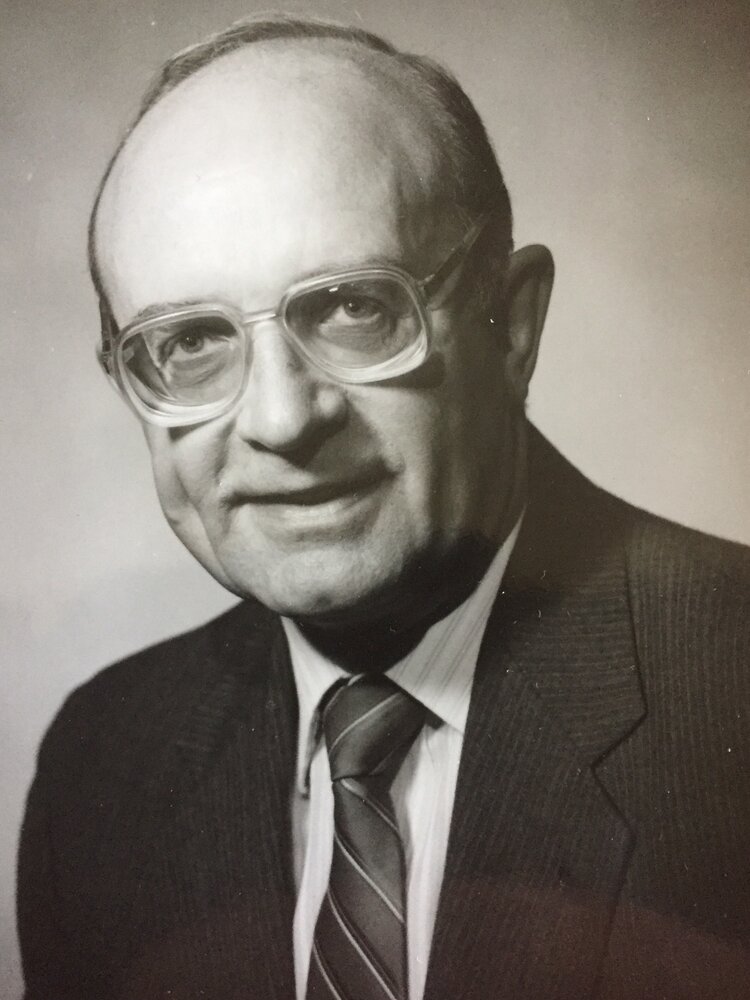 Please share a memory of Edward to include in a keepsake book for family and friends.
View Tribute Book
Edward John, 89, died on Aug. 16, 2022 in Lake Havasu City. Funeral services will be on Oct. 8, 2022 at 1 p.m. at Our Lady of the Lake Catholic Church. Burial will take place at Ames Municipal Cemetery at a later date. Edward V. John was born on January 15, 1933 in Ames, Iowa, to Emil and Valda(Chrysler) John. He graduated from Ames High School in 1951 and from Loras College in Dubuque, Iowa, in 1955. He attended Iowa State University graduate school of journalism in 1964. Mr. John was a member of the U.S. Army, serving in Tokyo, Japan as an intelligence analyst for the Counter Intelligence Corps. He worked in public relations for the Iowa Department of Transportation, Kennecott Copper Company and for Monsanto Company. He also worked in human resource consulting for Deems Associates Inc, Ankeny, Iowa. He married Karen Smedal on May 25, 1985. In 1998, they retired to Lake Havasu City, AZ. Mr. John was a member of Our Lady of the Lake Catholic Church, Knights of Columbus Council 2230, former president of the parish council and president of the board of education at St. Cecilia's Catholic Church, Ames, Iowa. He was also a member of Delta Epsilon Sigma, a national Catholic honor society. He is survived by his son Edward and his wife Mary Beth, grandsons, Andrew and Nicholas, of Bellevue, WA; three nephews and five nieces, three great-nieces and three great-grandchildren. He is preceded in death by his parents, his wife Karen, and sister, Mary Susan. There will be no visitation. In lieu of flowers, memorial contributions may be made to the building fund of Our Lady of the Lake Catholic Church, or Mount Olive Lutheran Church.
To send flowers to the family or plant a tree in memory of Edward John, please visit Tribute Store
Saturday
8
October

Share Your Memory of
Edward
Upload Your Memory View All Memories
Be the first to upload a memory!
Share A Memory
Send Flowers
Plant a Tree