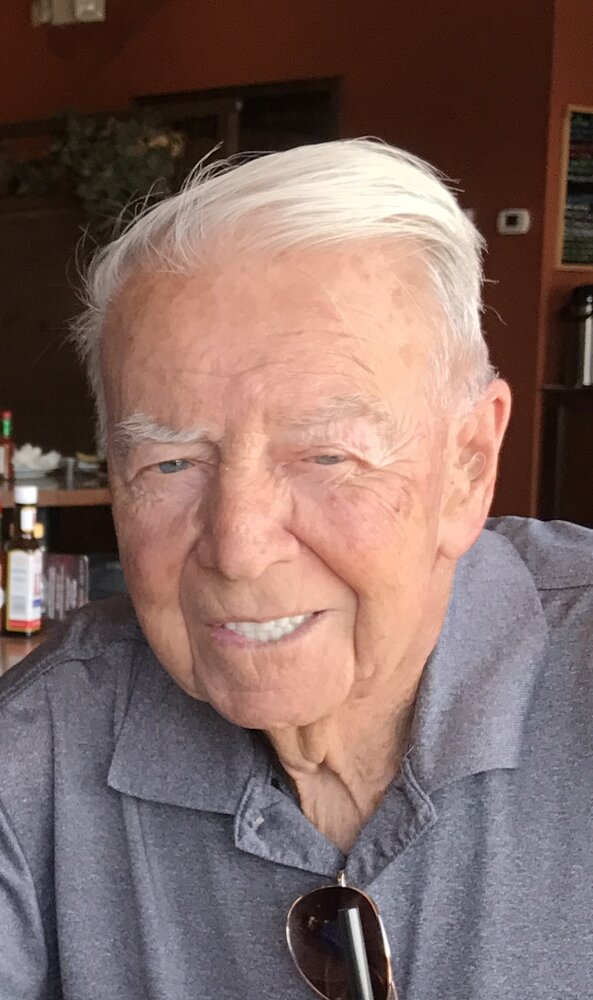 Please share a memory of Jack to include in a keepsake book for family and friends.
View Tribute Book
Jack Blocker, age 91, of Lake Havasu City Az, formerly of Columbus, NE, passed away peacefully on May 8,2022. Jack was born June 19, 1930 in Omaha, NE to Harold (Red) and Irene (Lund) Blocker. He graduated from Benson High School in Omaha, NE. He married Patricia Townsend on September 27th 1948 and enjoyed 73 years of marriage. They lived in Omaha, Minneapolis and then Columbus. He owned and operated Hi-Lo Equipment in Columbus and spent nearly 60 years sharing his vast knowledge of hydraulics. Upon his retirement they moved to Lake Havasu City, AZ. Jack was always up for an adventure. You could find him racing Porsches, snow or waterskiing, riding motorcycles or horses, bow hunting, traveling, or playing a round of golf. One of his greatest joys was helping others. Amongst them was, transporting children to the Shrine Children's Hospital in Minneapolis. He had a gift for storytelling and could make anyone laugh with his jokes and always lived life to the fullest. Those left to treasure his memory: Wife: Patricia Blocker of Lake Havasu City, AZ Son: Tom (Nancy) Blocker of Columbus, NE Daughter: Leigh McLean of Lake Havasu City, AZ Daughter-In-Law: Nancy Blocker of Corpus Christi, TX Grandchildren: Brooke Ihde, Savanna Blocker, Greg Hermsen, Spencer Hermsen, Michelle (Joe) Garcia, Maisie (Abel) Gomez Great Grandchildren: Arielle Garcia, Arianna Garcia, Aiden Gomez, Avery Gomez, Austin Gomez Nieces & Nephew: Chris Townsend, Colleen (Tom) Larson, Caren Shattuck, Alex Townsend Jack was proceeded in death by: Parents: Harold and Irene Blocker Father and Mother-In-Law: Clinton and June Townsend Son: Jon Blocker Son-In-Law: Colin McLean Infant Grandson: Eric Scott Blocker Brother and Sister-In-Law: Gene and Diane Townsend Nephew: Richard Townsend At Jack's request, there will be no funeral or memorial service. Instead, his ashes will be spread by the family. The family suggests memorials be made to Shriners Hospital for Children or your local police department. To all of those who knew and loved him, "It's Five O'clock Somewhere"
To plant a beautiful memorial tree in memory of Jack Blocker, please visit our Tree Store

Look inside to read what others have shared
Family and friends are coming together online to create a special keepsake. Every memory left on the online obituary will be automatically included in this book.
View Tribute Book
Services for Jack Blocker
There are no events scheduled. You can still show your support by planting a tree in memory of Jack Blocker.
Plant a tree in memory of Jack