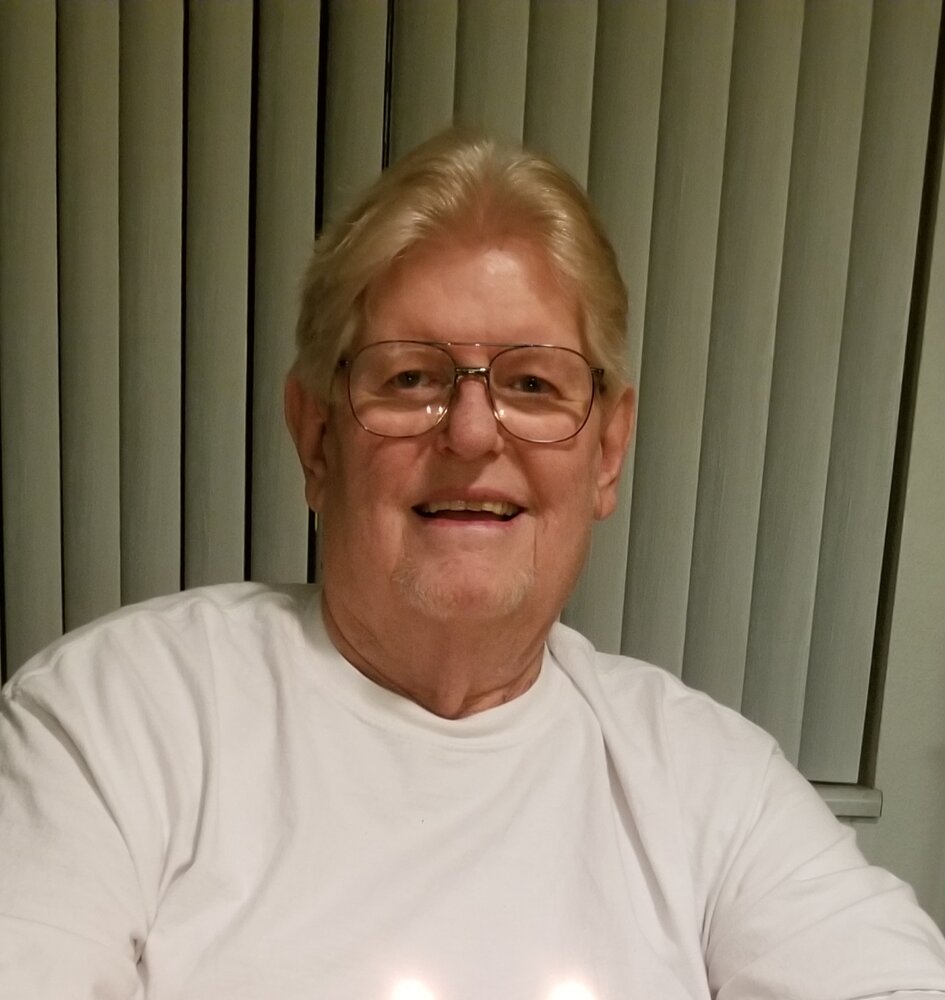 Please share a memory of Roger to include in a keepsake book for family and friends.
View Tribute Book
Roger Hamlin Dyer passed away July 8,2022 at the age of 73 after a very long illness. He was born in Borger Texas. He has lived in Lake Havasu for 52 years. His passions were fishing, hunting, golfing, metal detecting and finding 2 classifications of meteorites. He was a signmaker and had his own business, Signcraft, for 18 years. He is survived by his wife Sue. He has 2 daughters, Tabitha Morales of Queen Creek, AZ and Andrea Davis of Chandler, AZ. ; and a step-son, Jamie Jung (Selina)of Gilbert, AZ and his step-daughter Jenny Jordan (Paul)of Gig Harbor, WA. He is also survived by his step-dad, Ed Wasser (Sharon) of Glendale, AZ and his sister, Janet Stevenson (Mike) of Lake Havasu. He has 9 grand-children. He was preceded in death by his mother, Eunice Wasser and grandson Cole Jordan.
To plant a beautiful memorial tree in memory of Roger Dyer, please visit our Tree Store

Look inside to read what others have shared
Family and friends are coming together online to create a special keepsake. Every memory left on the online obituary will be automatically included in this book.
View Tribute Book
Services for Roger Dyer
There are no events scheduled. You can still show your support by planting a tree in memory of Roger Dyer.
Plant a tree in memory of Roger