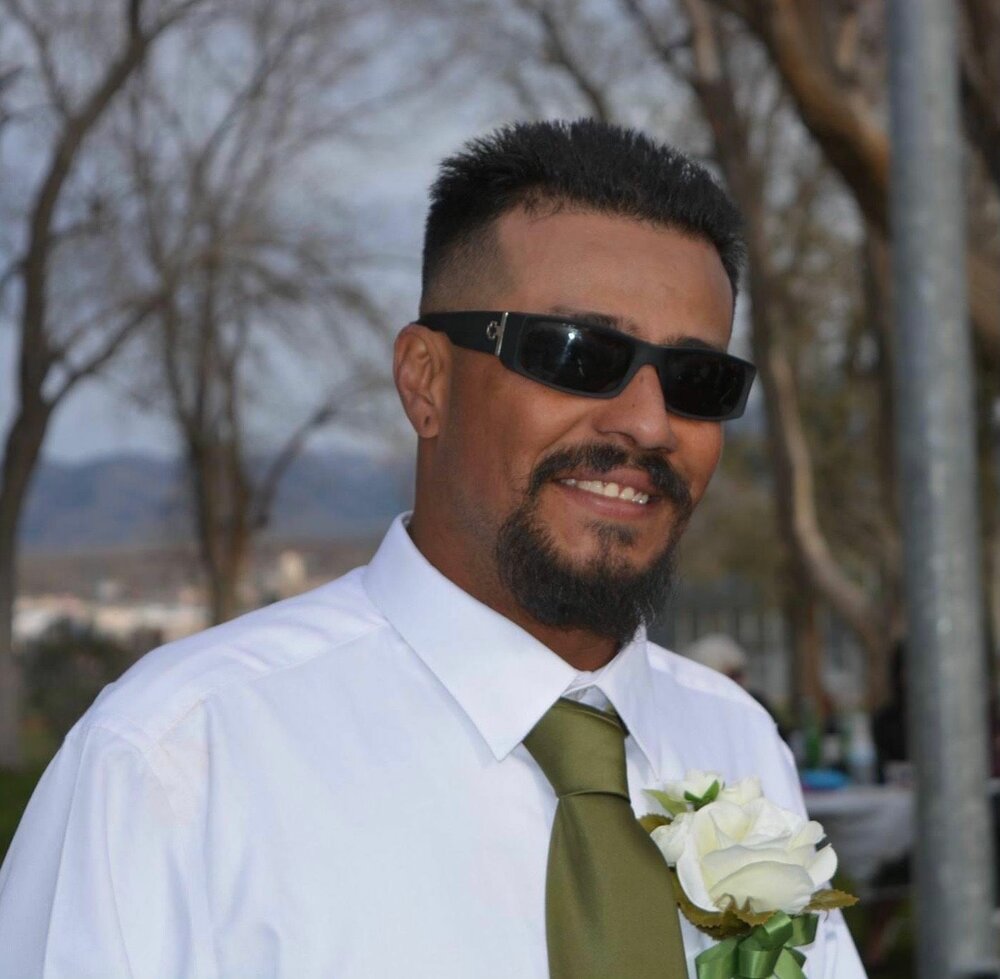 Please share a memory of Damien to include in a keepsake book for family and friends.
View Tribute Book
Damien Louis Lugo was born in Loma Linda, California on January 17, 1980 to George Lugo and Cynthia “Corie” Escobedo. He grew up with two brothers; Christopher and Michael, and a sister; Chante. When he was 9 years old, his family moved to Lake Havasu City. He lived in Havasu until 2014, when he moved to Kingman, Arizona. He graduated from Lake Havasu High School in 1998 and worked in construction for many years, before getting his CDL and becoming a truck driver. Damien married his wife of 5 years, Kendra, in Kingman, Arizona. He enjoyed spending time with his family and friends. Damien loved his family immensely. He loved the time he had with his daughters; Aliyah, Tessa, and Kenadie. He liked grilling, being out on the lake, listening to music and shooting guns. He loved the Dallas Cowboys and truck driving. He would help anyone whenever he could. Damien is survived by his parents; George Lugo and Cynthia “Corie” Escobedo, his wife; Kendra Lugo, daughters; Aliyah Lugo, Tessa Lugo and Kenadie Lugo, brothers; Chris Roman (Kristy), Michael Leduc, sister, Chante’ Wrecke (Brennan), grandparents; Gloria Escobedo and Carman Lugo.
To send flowers to the family or plant a tree in memory of Damien Lugo, please visit Tribute Store
Friday
13
May