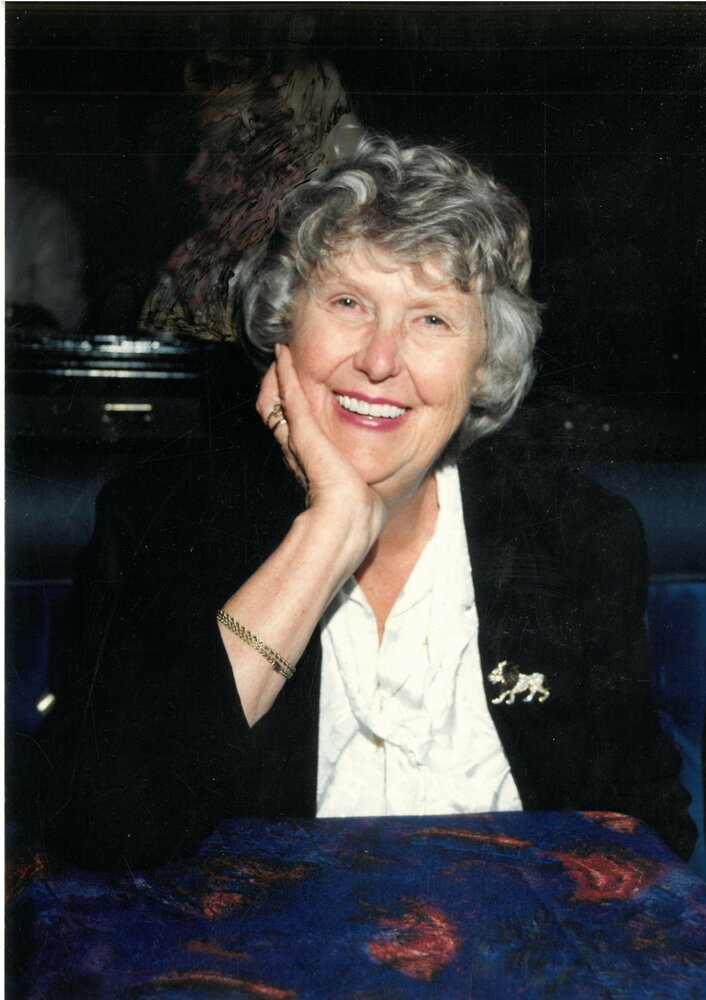 Please share a memory of Florence to include in a keepsake book for family and friends.
View Tribute Book
Florence June Mann passed away in Lake Havasu City, Arizona on April 21, 2022. June considered herself blessed in so many ways. She was born in London, Ontario, Canada on June 8, 1932 to the most loving parents, John Joseph and Florence Amelia Green. She was blessed to have a brother, Gerald, who was born three years minus one day later. June married Hugh Ernest Mann and shared 61 years of happiness. The two had two sons, Douglas Alan and Donald Wayne. In 1960, June and Hugh fulfilled their dream of moving from London, Ontario and headed to California. Using their entire fortune of $600, they followed their dream, starting on old Route 66 near Chicago and ending in Los Angeles, California. They discovered a small, beach town called San Clemente. With their two sons, now aged 5 and 8, they settled in their new life. June worked for the San Clemente Chamber of Commerce and then for the Capistrano Beach Water District. She was the first female director of the San Clemente Boy and Girls Club. She was also a member of the CHOC and the Soroptomists. After retiring, June and Hugh relocated to Lake Havasu City, Arizona. They thoroughly enjoyed the city until Hugh passed away in 2012. For the past ten years, June has so very much missed him, but it helped when her son, Douglas and his wife, Nancy moved to Lake Havasu City to be with her. In remembering her, Douglas said that “Mom knew when to encourage her boys(husband Hugh included) to be men, and the wisdom to allow them at times to just be boys.” Florence June Mann’s last wish was to be remembered with a smile.
To plant a beautiful memorial tree in memory of Florence Mann, please visit our Tree Store

Look inside to read what others have shared
Family and friends are coming together online to create a special keepsake. Every memory left on the online obituary will be automatically included in this book.
View Tribute Book
Services for Florence Mann
There are no events scheduled. You can still show your support by planting a tree in memory of Florence Mann.
Plant a tree in memory of Florence