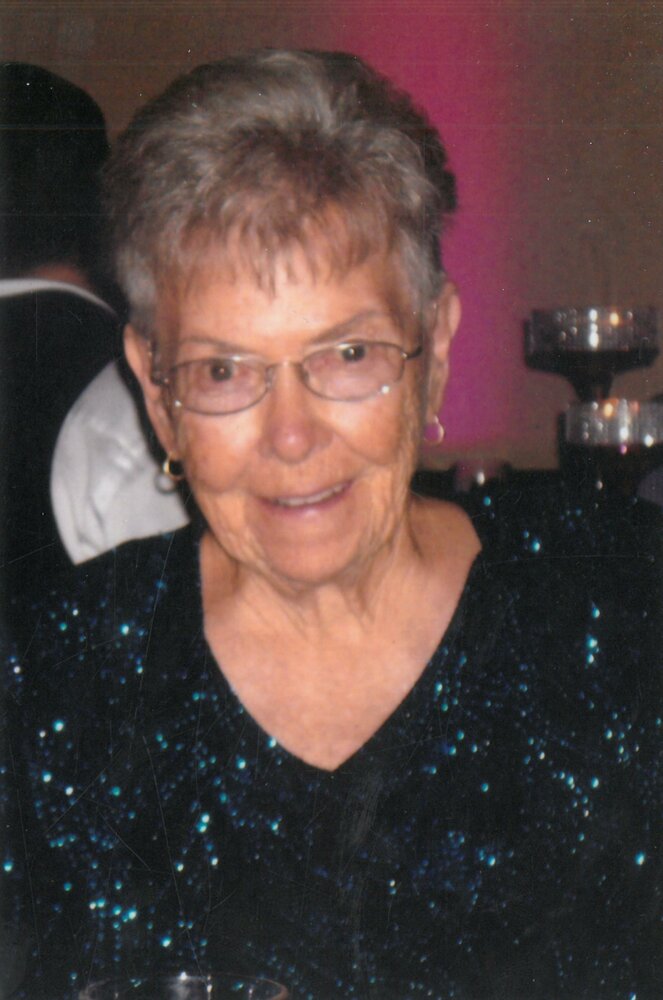 Please share a memory of Wilma to include in a keepsake book for family and friends.
View Tribute Book
Wilma L. Guerin, age 96, of Lake Havasu City, passed away April 15, 2022. She was born March 13, 1926, in Valparaiso, Indiana. She was the youngest daughter of William E. and Alice J. Swanson. Wilma graduated from Valparaiso High School in 1944 and started her career as a bookkeeper and accountant which lasted 43 years. In 1950, she moved to Colorado and on to southern California in 1955. In 1960, she met her husband, Rene L. Guerin. They were married on September 5, 1964. From 1973 until 1988, she and her husband were “weekenders” in Lake Havasu City. After her retirement in 1988, they became permanent residents. She had many interests. She loved boating, water skiing, hiking, and traveling. She held a private pilot license, an amateur radio license, and was somewhat of a “jack-of-all-trades” in her hobbies. She was a volunteer for the Lake Havasu Police Department from November 1994 through November 2006. Her last volunteer service was as a driver for Disabled American Veterans, driving 133,986 miles, starting in September of 2006 through April of 2013. After the passing of her husband in 2001, she became a world traveler. She visited Russia, China, South America, Egypt, France, Ecuador, the Galapagos Islands, Kenya and Zambia in Africa. She cruised the Blue Danube River from Vienna, Austria to Bucharest, Romania, crossing over to the Rhine River and ended up in Amsterdam. She visited the European Alps in Austria, Germany, and Switzerland. One of her longest trips was to “the outback” Australia, New Zealand, and Fiji. Another enjoyable trip was a cruise of the Mediterranean. This journey started with a visit to Rome and the Vatican. She visited Athens, Greece to explore the Acropolis ruins. She went on to the ancient city of Ephesus, Turkey, returning via the popular tourist attractions of Rhodes, Greece, Naples and Pompeii, Italy. This was followed by a trip to India and Nepal where she viewed the highest mountain in the world, Mt. Everest, which stands at 29, 035 feet. Her last trip was to Costa Rica. She is survived by a niece, Diana (Gilbert) Evans of Ft. Lupton, Colorado; a great-niece, Barbara Satre of Golden, Colorado; great-nephew, Roger Satre of Thornton, Colorado; great-great-niece, Alison Satriana of Golden, Colorado, and a great-great-nephew, Joseph Satriana of Ft. Collins , Colorado. She is preceded in death by her husband, her parents, and sisters Ruth Swanson, Jessie Dickey, and Bertha Davidson, and well as nephew, William Dickey. I lieu of flowers, contribution can be made to the charity of your choice.
To plant a beautiful memorial tree in memory of Wilma Guerin, please visit our Tree Store

Look inside to read what others have shared
Family and friends are coming together online to create a special keepsake. Every memory left on the online obituary will be automatically included in this book.
View Tribute Book
Services for Wilma Guerin
There are no events scheduled. You can still show your support by planting a tree in memory of Wilma Guerin.
Plant a tree in memory of Wilma