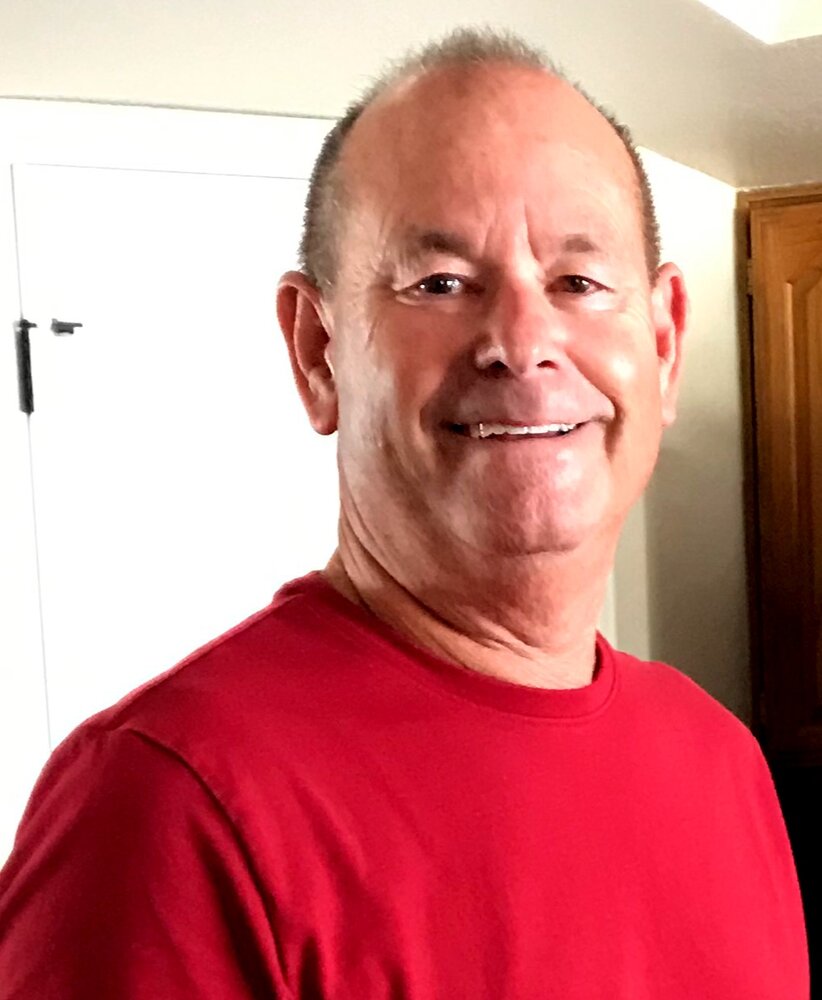 Please share a memory of Dave to include in a keepsake book for family and friends.
View Tribute Book
As Dave’s best friend would say... to know Dave is to love Dave. Always on the go, he could be seen buzzing around town in his bright, white, Dodge Ram heading to jobs, running errands and visiting friends and family. He loved cooking, watching sports, his beautiful wife, Brenda, spending time with his children and grandchildren and maintaining his lush, green lawn... a rarity in the desert! He was quick to lend a helping hand, was hard-working and was very loyal but he had a mischievous side and was known to pull a prank or two and he loved to make people laugh! If you ever bought carpet in Lake Havasu, you probably heard the name, Custom Line Flooring more than once. His reputation preceded him and his phone was always ringing off the hook with business requests. Those who knew him liked to call him “the unofficial mayor of Havasu.” He had so many acquaintances and always had the 411 on what was happening around town. He was the guy that lit up a room when he walked in and his sparkling personality drew you to him. He loved to talk to everyone and not in a small talk way but in a genuine get- to-know-you way that left you feeling like you couldn’t wait to be in his presence again. He was the ultimate instigator and his quick wit and charm followed him wherever he went. For that reason, his passing leaves a big hole in not only this small town but in many people’s hearts. Dave was born on October 5, 1958 in Boulder City, Nevada. He spent part of his childhood in California and the other part in Colorado. He married his first wife Cynthia Palm in Colorado Springs, CO and they had 2 children together. They divorced after 10 years and in 2001, he moved to Lake Havasu City. He loved the warm weather and crystal, blue lake. He met his beautiful wife, Brenda, and they married in 2012. They enjoyed lots of travels together; visiting her family in lush Arkansas, his family in sunny California and colorful Colorado and internationally to South Korea and to the sandy beaches of Mexico and Jamaica. It was a life well lived together. He is survived by his wife, Brenda Griswold; daughter, Melissa (Jon) Furgison; son, Nicholas (Myunghwa) Griswold; stepson, Lucas Thompson; stepdaughter, Krissy Thompson; sister, Debbie Wheeland; sister, Monica Seeley; brother, Rob Griswold; many cousins; nieces and nephews; and grandchildren. He is preceded in death by his parents; brother, Mike Griswold and brother, Steve Griswold. Dave passed peacefully at the age of 63 and entered the Kingdom of Heaven on March, 10, 2022. Heaven got a little brighter that day. He will be remembered as an amazing father, devoted husband and a true friend.
To plant a beautiful memorial tree in memory of Dave Griswold, please visit our Tree Store

Look inside to read what others have shared
Family and friends are coming together online to create a special keepsake. Every memory left on the online obituary will be automatically included in this book.
View Tribute Book
Services for Dave Griswold
There are no events scheduled. You can still show your support by planting a tree in memory of Dave Griswold.
Plant a tree in memory of Dave