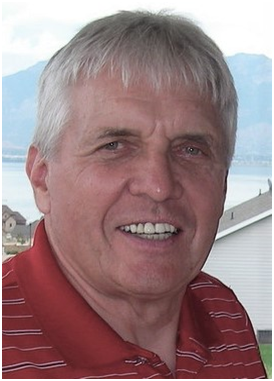 Please share a memory of Jerry to include in a keepsake book for family and friends.
View Tribute Book
Jerry Mark Crawford, age 78, passed away unexpectedly February 23, 2022. He was born on January 19, 1944 to Robert Alpha and Ruth Margaret Bader Crawford, in Pittsburg, CA. His Father was stationed at Camp Stoneman Army Facility during World War II. Jerry grew up in Silverton, CO, and often spoke of how wonderful it was to have his grandparents, aunts and uncles living close by. While he was growing up, Jerry loved to hunt and fish with his father and uncles, play baseball and basketball in high school, and alpine ski. He passed on his love for skiing to his children by teaching them from an early age. He came from a musical family, played the saxophone and loved to sing. During his childhood, his family’s band would travel and play for high school dances and other community events. Jerry had a wonderful singing voice and would often sing a cappella solos in church. While attending college, working, and raising a family, Jerry served his country for twelve years in the Army Reserve. After receiving his bachelor’s degree from Fort Lewis College in Colorado, he started a career in the mining industry; which, allowed him to travel the world with his family. Later in life, Jerry developed a love for golf and has played many golf courses in Utah and Arizona. He and his wife Beverly loved to ATV/UTV with friends in the “Quad Squad”. On a daily basis, he would walk his dog around the neighborhood and take his time to connect and talk with his neighbors. Jerry was a man of great faith, an active member of the Church of Jesus Christ of Latter-Day Saints, and served in many church callings. He and his wife Beverly also served a Family Search-Service Mission. Jerry has indexed over 100,000 names in familysearch.org - a genealogy website - so others in the world would have digital access to those records. Jerry is survived by his wife and best friend of 31 years, Beverly; sons Sean (Faiza); Ian; daughter Maire, stepson Brandon (Ann); brother Brett (Cheryl); sister Lorie; and his many grandchildren, step-grandchildren, nieces, nephews, and great grandchildren. He loved them all so dearly. He is also survived by his first wife and mother of his children, Peggy Cook (Dave). Jerry was preceded in death by his parents, his sister Marilene, son Padraic, aunts and uncles. A Celebration of Life for Jerry will be held in Saratoga Springs, Utah and Silverton, Colorado later this year. (Dates are undetermined at this time). Arrangements were placed into the care of Lietz-Fraze Funeral Home. Thoughts and condolences may be submitted to the family at www.lietz-frazefuneralhome.com
To plant a beautiful memorial tree in memory of Jerry Crawford, please visit our Tree Store

Look inside to read what others have shared
Family and friends are coming together online to create a special keepsake. Every memory left on the online obituary will be automatically included in this book.
View Tribute Book
Services for Jerry Crawford
There are no events scheduled. You can still show your support by planting a tree in memory of Jerry Crawford.
Plant a tree in memory of Jerry