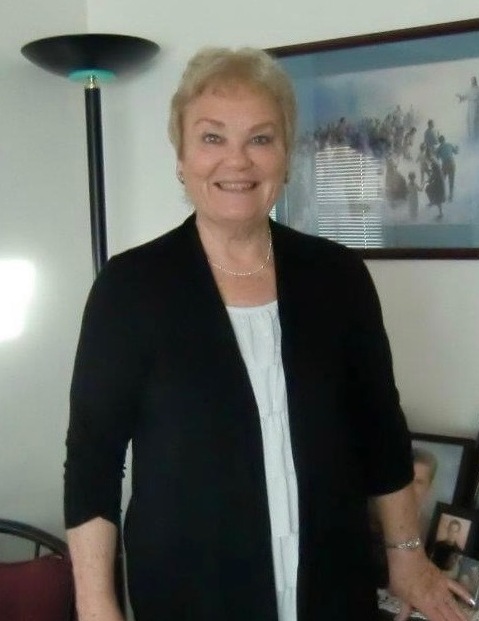 Please share a memory of Billie to include in a keepsake book for family and friends.
View Tribute Book
Billie Bess Jewett, age 84, passed away peacefully on January 7, 2022, in Lake Havasu City, Arizona. She was born on May 29, 1937, in Omaha, Nebraska, to Edgar Allen and Gladys Taylor Goodrich Fike. Billie Bess was raised in Omaha, Nebraska. She moved from Omaha to Azusa, California, where she graduated from Citrus Union High School. She married her high school sweetheart, Ronald Jewett, on August 6, 1955, in Glendora, California. They lived there for a number of years before moving permanentaly to Lake Havasu City, Arizona, in 1981. Billie Bess worked as a homemaker. She also owned Jewett School of Dance while living in Glendora. She and Ron owned and operated Jewett Acoustics in Lake Havasu City, Arizona. She and Ron served as missionaries for the Family History Center of The Church of Jesus Christ of Latter-day Saints in Salt Lake City, Utah. She enjoyed dancing, serving in church, knitting, sewing, playing the clarinet and piano, and singing in choirs. She loved her family, traveling with them, family history, and she was a huge fan of the Diamond Backs Baseball team. Billie Bess is survived by her son, Ronald E. Jewett Jr. (Kim) of Kingman, Arizona; her daughters, Jima Lee Mehr (Quent) of Sahuarita, Arizona, Jo Lynn Kinsey (Bob) of Glendora, California, Jodi Ann Russell (Todd) of Lake Havasu City, Arizona, and Janna Rae Pethel (Scott) of Carrington, North Dakota; eighteen grandchildren, and her thirty-two great-grandchildren. As busy as she was with life, the most important things to her were family and her faith. Billie Bess was preceded in death by her husband, Ronald E. Jewett Sr., who passed on July 26, 2006, her parents, Edgar Allen Fike and Gladys Taylor Goodrich Fike, her sisters, Jacqueline Jean Hartley and Roberta Joan Reed, her grandson, Kevin Joseph Kinsey, and her great-grandsons, Gavin Robert Spray and Landon Tedrow Spray. Billie Bess’s family would like to thank Gems Assisted Living and Hospice of Havasu for the love and tender care given to their mother in the final months of her life. Funeral services will be held at The Church of Jesus Christ of Latter-day Saints on Saturday, January 22 at 11:00am. Burial will follow at the Lake Havasu Memorial Gardens, Lake Havasu City, Arizona. Arrangements were placed into the care of Lietz-Fraze Funeral Home.
To send flowers to the family or plant a tree in memory of Billie Jewett, please visit Tribute Store
Saturday
22
January