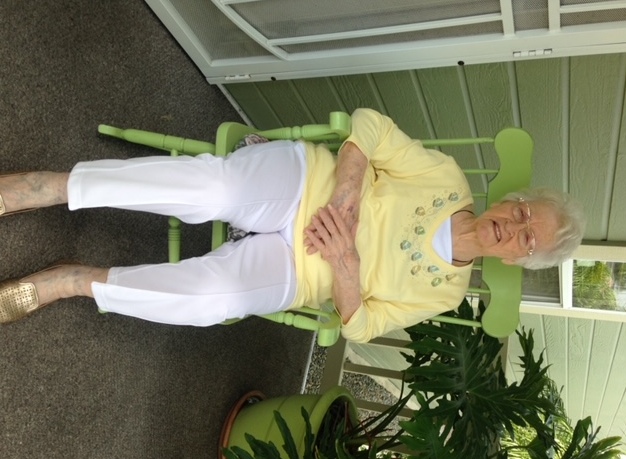 Please share a memory of Maxine to include in a keepsake book for family and friends.
View Tribute Book
Verla Maxine Dotson (Ferguson), age 96, passed away peacefully on the night of December 20, 2021, in Lake Havasu City, Arizona. She was born on September 3, 1925, in Poyen, Arkansas, to Fanny and Clarence Ferguson. Maxine was raised on a cotton and watermelon farm in Poyen, Arkansas. While living there, she attended Missionary Baptist Church. She moved to Hawthorne, California, in the 1950s. She married the love of her life, Loyd Dotson, in Los Angeles, California, in 1970. She and Loyd worked at Honeywell until their retirement in the 1980s. After retiring, they moved to Mariposa, California. They built a beautiful country home there, where they lived for 18 years. Loyd tragically passed away in 1998, and Maxine decided to move to Anaheim, California, to be closer to family. She attended Southern Baptist Church in Garden Grove, California. She lived there until 2001, when she decided to move to Lake Havasu City, Arizona, to be close to her daughter, Joyce. Maxine was the last standing of ten siblings. Maxine enjoyed quilting, canning, and watching The Waltons on TV. Maxine is survived by her son, Donnie (Sherry) Walker; her step-son, Ernie Dotson; her daughter, Joyce (Will) Zylstra; her grandchildren, Ron (Jamie) Bazer, Chanell (Don) Mulder, Wade (James) Zylstra, Alan (Cali) Walker, and Carlyle Walker; and seven great-grandchildren. Maxine was preceded in death by her parents, Fanny and Clarence Ferguson; her husband, Loyd Dotson; her son, Danny Walker; and all of her siblings. Maxine will be interred with her husband and son in Mariposa, California. Arrangements were placed into the care of Lietz-Fraze Funeral Home.
To plant a beautiful memorial tree in memory of Maxine Dotson, please visit our Tree Store

Share Your Memory of
Maxine
Upload Your Memory View All Memories
Be the first to upload a memory!
Share A Memory
Plant a Tree