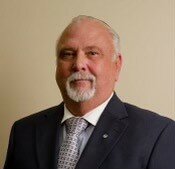 Please share a memory of Douglas to include in a keepsake book for family and friends.
View Tribute Book
Douglas Edward Hardy, age 74, passed away peacefully Sunday, December 5, 2021, in Phoenix, Arizona. Douglas was born July 16, 1947, in Winnipeg, Manitoba, Canada, to the late Albert Edward Hardy and the late Lillian Margaret Kime Hardy. Douglas attended Eisenhower High School in Rialto, California. Douglas Edward Hardy married Geralyn Marie Hodges on June 15, 1975, at the Mission Inn in Riverside, California; they were happily married for 39 years until Geralyn's passing in 2014. Douglas is survived by sons, Jon (Rachel) Hardy and Brian (Gina) Hardy; as well as 3 grandchildren, Hudson, Harrison, and Sloane Hardy. Douglas is also survived by niece, Melissa (Scott) Speigle, nephews, Jeff Redden and Chris (Terry) Redden, brother-in-law's, Tom (Janette) Hodges, Allan (Denise) Hodges, and Paul (Wendy) Hodges. He is preceded in death by parents, Bert and Lillian Hardy, sister, Geraldine Hardy Redden, and his wife of 39 years, Geralyn Hodges Hardy. Douglas was a respected business owner of Shadow Mountain Homes in Lake Havasu City for over 30 years, where he was responsible for the construction of countless custom homes and commercial buildings across the city. He was a proud and respected Rotarian for 34 years, where he mentored numerous business people and won several awards for his contributions to the organization. A staple in the community, one of Doug's proud and notable accomplishments for the London Bridge Rotary Club was the installation of the Rotary Clock Tower, located at Mesquite Park in Lake Havasu. He also served his community and city as a member of the Planning and Zoning Committee. Prior to homebuilding, in Rialto, California, Douglas owned and ran the family business, Bert's Food Market, established in 1958 by his father Bert Hardy. Many in Rialto, California, still remember Bert's Food Market today and the impact the Hardy family had on the City of Rialto. Douglas was known as a kind and smart man of many talents, especially his construction knowledge and business sense. He was a mentor and friend to many and best friend to his two sons. He had a deep passion for restoring classic cars always in his favorite color, "hot rod" red. Douglas' impact on the city he loved and family & friends he cherished will forever be remembered. A celebration of life will be held January 15th at the Rotary Clock Tower in Mesquite Park at 2pm. All are welcome to join. Please contact Suzannah Ballard at (928) 727-0037 for details on the service. Arrangements were placed in the care of Lietz-Fraze Funeral Home & Crematory. Thoughts and condolences may be sent to Douglas's family at www.lietz-frazefuneralhome.com.
To send flowers to the family or plant a tree in memory of Douglas Hardy, please visit Tribute Store
Saturday
15
January

Share Your Memory of
Douglas
Upload Your Memory View All Memories
Be the first to upload a memory!
Share A Memory
Send Flowers
Plant a Tree