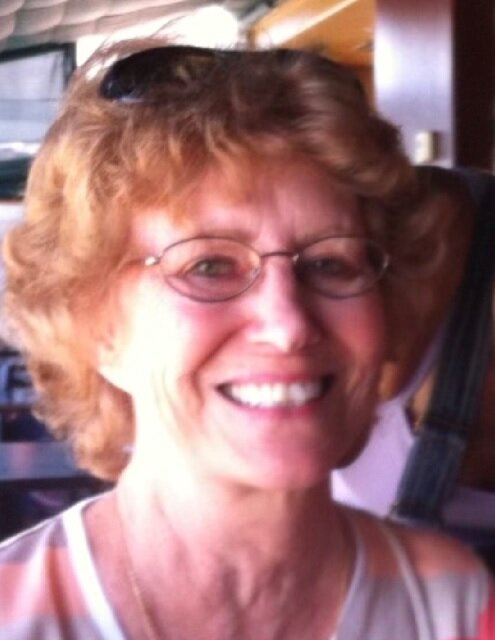 Please share a memory of Joanne to include in a keepsake book for family and friends.
View Tribute Book
Joanne C. Stuart, 78, of Lake Havasu City, AZ, formerly of Elkhorn, WI, died Wednesday, November 10, 2021, at her home with her great niece Shannon Butler and her two dogs by her side. Joanne was born April 2, 1943, in McKeesport, PA the daughter of the late Lester and Goldie (Ditmore) Goetz Sr. She graduated from High School in 1961 in Fontana, CA. Joanne was a Pharmacy Technician employed with Lakeland Hospital and St. Luke’s Medical Center. Joanne worked part-time as an aid at Lakeland School. When the children were small, she was a stay home mother, making all the trips to town from their rural home in Elkhorn for baseball practices, games and Girl Scout functions. She was a great seamstress and was active with the Lakeland Players and the Red Hat Society. She was a loyal donor to the humane society and veteran’s organizations. Joanne got a second chance at life in 2005 when she was a kidney transplant recipient. She will be greatly missed by her three children; Dwayne (Ann) Deakins of Elkhorn, WI; Michelle (Derek) Deusing of Watertown, WI; and Lorie Deakins of Mosinee, WI; eight grandchildren; eighteen great-grandchildren; and sister Dorothy Ketrow of Middlesex, NJ. Joanne was preceded in death by her son Dale Deakins; two sisters, Ruthie (Harold) Ansel and Joyce (Wayne) Burnette; and brother Lester (Verla) Goetz Jr. A Memorial Service will be held at 11:00 AM on Saturday November 27, 2021 at Haase-Lockwood & Associates Funeral Home, 730 N. Wisconsin St, Elkhorn, WI. Visitation will be at the funeral home from 9:30 AM until time of service. Burial will be at Mt. Pleasant Cemetery, Tibbets, WI. Memorials may be made in Joanne’s name to a local animal shelter of your choice. Arrangements were placed in the care of Lietz-Fraze Funeral Home and Crematory. Thoughts and condolences may be submitted to the family at www.lietz-frazefuneralhome.com
To send flowers to the family or plant a tree in memory of Joanne Stuart, please visit Tribute Store
Saturday
27
November

Gathering of Family and Friends