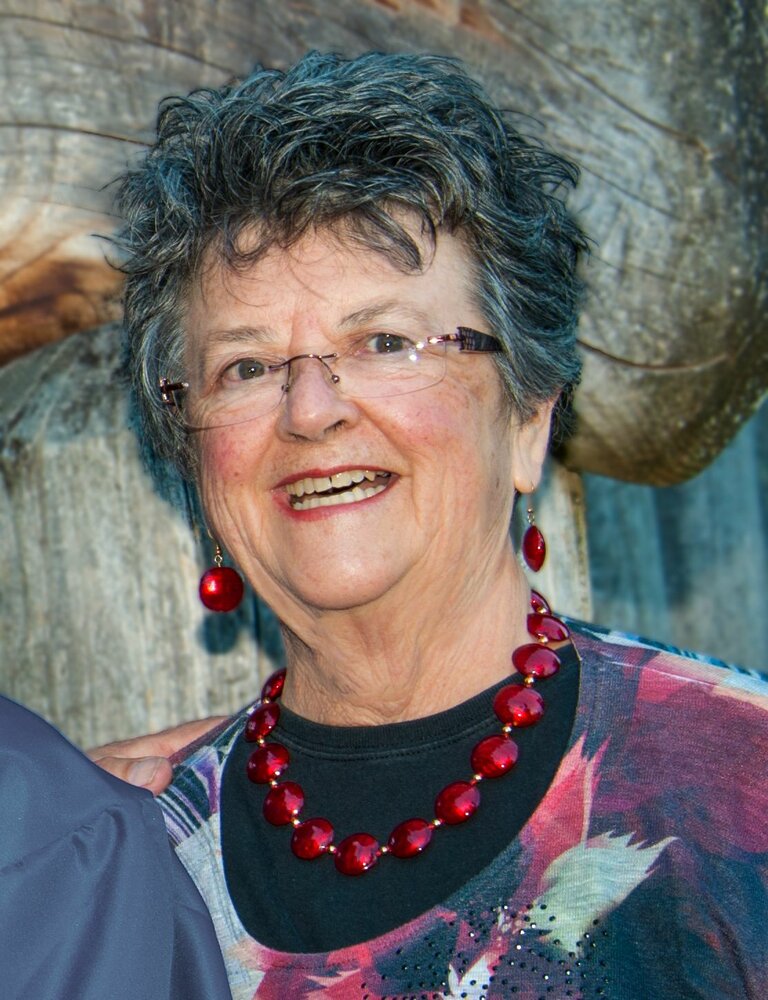 Please share a memory of Karen to include in a keepsake book for family and friends.
View Tribute Book
Karen Hamstra passed away Thursday, November 11, surrounded by her family. Karen is survived by her husband Jim; her brother Rod Shumway; a hanai daughter Karen; and three hanai granddaughters Kaija, Samia, and Lexi. She was preceded in death by her parents, Howard and Beryl Shumway. Karen received a degree in music from Loma Linda University and spent a year studying music in France. She and Jim were married in California in 1970 and moved to Lake Havasu in 1976 where they built a house before going back to California for Jim's graduate school but returned to Lake Havasu permanently in 1981. Music was always Karen’s first love and she played in a number of churches and musical programs. For the past 30 years she was involved with music for Grace Arts Live. She loved doing the music for theater and sometimes acting in the plays. She was also an artist, working in various mediums, and a photographic model. Karen raced an AH Sprite in autocross and enjoyed racing sailboats on Lake Havasu. She was a pilot of both power planes and sailplanes and twice flew a homebuilt experimental plane back to the Experimental Aircraft Association’s annual convention in Oshkosh, Wisconsin with Jim. In her 40's she took up scuba diving and combined her love of travel with dive trips. Her favorite places to dive were Bonaire and the Great Barrier Reef in Australia. She also enjoyed white water rafting in Australia and while back home made five rafting trips through the Grand Canyon. Her positive attitude and best ever laugh will be terribly missed by all who knew her. We love you, Karen. Arrangements were placed in the care of Lietz-Fraze Funeral Home and Crematory. Thoughts and condolences may be submitted to the family at www.lietz-frazefuneralhome.com
To plant a beautiful memorial tree in memory of Karen Hamstra, please visit our Tree Store