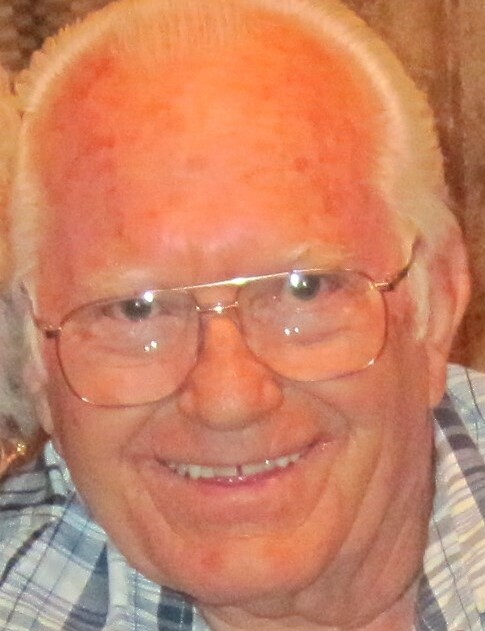 Please share a memory of Billy to include in a keepsake book for family and friends.
View Tribute Book
Billy R. Posey, 84, of Lake Havasu City, passed away suddenly November 1, 2021. He was born in Gilbert, Arizona, to Earl and Golda Posey on May 30, 1937. After finishing high school, Bill served in the Navy from 1956 to 1960, where he was a Machinist’s Mate 3rd class. He then transferred to the reserves where, soon after transferring, he married his wife Maxine on June 25th, 1960, and together they had two daughters. Bill moved his family from Garden Grove, CA to Lake Havasu in 1969. He worked for McCulloch Corporation’s chainsaw factory (he took classes and was promoted to an electrician) until they closed. Full retirement was not in his plans though, as he loved to stay busy and be around people. In his later years he enjoyed working for Nautical Estates Townhouses in security and maintenance and helped with the family business. Anything his daughters needed they knew they could call their dad. Bill was funny and quite the handyman. He loved to build and fix everything. During his younger years he enjoyed the outdoor life of Lake Havasu with family camping, fishing, boating, and beach time. He was a huge Karaoke fan and was a self-taught computer enthusiast. Most recently he enjoyed spending time with his dog "Gordy" and family, especially his great grandkids. Bill is preceded in death by his parents and five siblings. He is survived by his wife of 61 years, Maxine; two daughters Cheryl (Marty) Vigil and Jeannette Clayton; granddaughter Jennifer Page; six grandchildren; brothers Calvin Posey, Eddie Posey, George Posey, Mickey Posey, and Wayne Posey; sisters Barbara Weglin, Dorothy Pettington and Linda Cox. A memorial service will be held at Lietz-Fraze Funeral Home on November 20th, 2021, at 10 a.m. A GoFundMe account has been set up to help the family with funeral expenses. All donations would be greatly appreciated. To donate, go to https://gofund.me/51a414d6 to contribute. Arrangements were entrusted to Lietz-Fraze Funeral Home. Thoughts and condolences may be submitted to the family at www.lietz-frazefuneralhome.com
To send flowers to the family or plant a tree in memory of Billy Posey , please visit Tribute Store
Saturday
20
November

Share Your Memory of
Billy
Upload Your Memory View All Memories
Be the first to upload a memory!
Share A Memory
Send Flowers
Plant a Tree