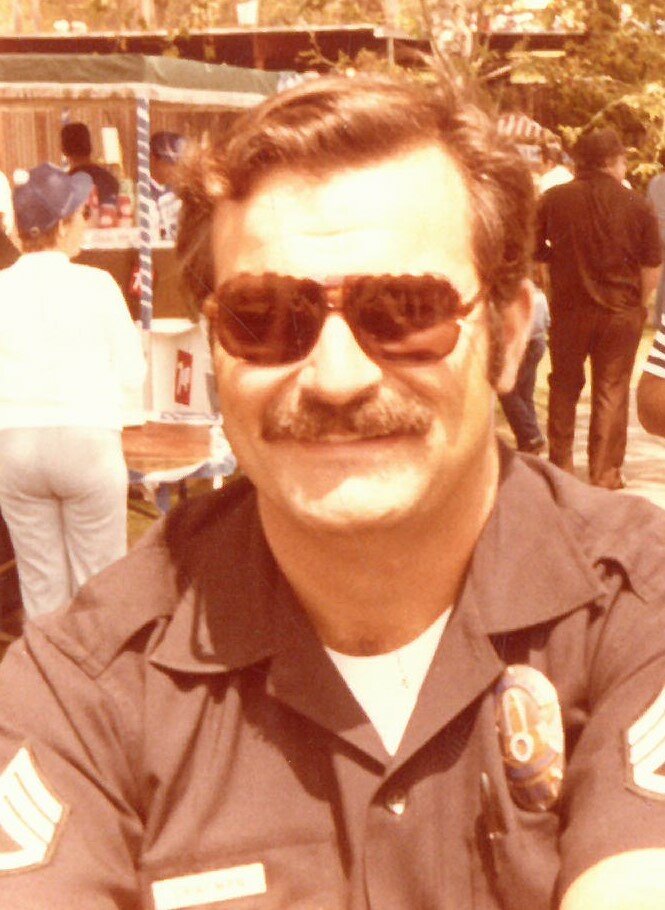 Please share a memory of Scott to include in a keepsake book for family and friends.
View Tribute Book
Scott Chapman, 76, passed away unexpectedly while visiting Laughlin, NV, for a concert with his loving wife, Margie, by his side. Scott was born at the Long Beach Naval Hospital in California to Lee and Helen Chapman, while his dad, Lee, was serving in the U.S. Navy. Lee always said, “Have a baby on the Navy.” Scott was a star baseball pitcher in high school and was signed to the Chicago White Socks at age 18. When that didn’t work out, he returned home to Temple City, California, and worked until he was old enough to join the LAPD at 21; he retired after 26 years of law enforcement service. While in the LAPD, Scott met and married the love of his life, Margie. Margie was a banker and together they worked with labor unions. Scott was instrumental in organizing the Labor, Police, Management Golf Tournament, and the Turkey Shoot Golf Tournament to promote camaraderie between those three entities. During their years in California, Scott ran Chapman Security Company and was the head of Security at Dodger Stadium. After retirement from the LAPD, Scott and Margie moved to Lake Havasu City and began a second career in Real Estate, building homes and representing buyers and sellers. Scott enjoyed all water sports and spent most of his free days on the river with his 3 children and 7 grandchildren. He also enjoyed off-roading in the cooler months. He was the founding member of “The Hummingbirds” social club, that he dreamed up, so he could meet with his Hummingbird friends every Wednesday at Shugrue’s for Happy Hour. Scott is survived by his soulmate and best friend, his loving wife of 35 years, Margie; his three children, Tim, Brad (Regina), Kelli (Craig); his 7 grandchildren, Cassedie, Bradley, Jared, Tessa, Kasey, Taylor, Grayson; his first great grandson Jaxon; his brother Brian (April) and his nephew Conrad. He was preceded in death by his parents, Lee and Helen, and older brother Craig. Scott was a kind and generous man with a rough exterior and a soft heart. He loved his family unconditionally and will be deeply missed. A celebration of life will be held in Lake Havasu City at a date to be determined. An additional celebration will be held at the Aha Quin Resort on the Colorado River sometime soon. Arrangements were placed in the care of Lietz-Fraze Funeral Home and Crematory. Thoughts and condolences may be submitted to the family at www.lietz-frazefuneralhome.com To send a FREE card to the family go to www.sendoutcards.com/lietzfraze
To plant a beautiful memorial tree in memory of Scott Chapman, please visit our Tree Store

Share Your Memory of
Scott
Upload Your Memory View All Memories
Be the first to upload a memory!
Share A Memory
Plant a Tree