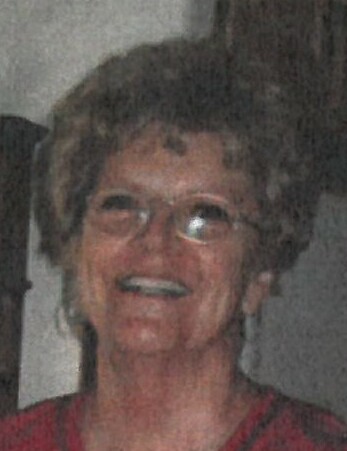 Please share a memory of Judy to include in a keepsake book for family and friends.
View Tribute Book
Judith Jean Hardie (nee Nelson), affectionately known as Judy, gained her angel wings on September 16, 2021, at her home with family members present. Judy was born on October 26, 1941, in Bishop, California, to Clarence and Alice Nelson. She was preceded in death by both parents and her brother, Clarence “Bud” Nelson. Judy was married to Jerry Hardie on October 30, 1959, in California, shortly after her 18th birthday. Their three children were born in the San Fernando Valley area. The young family moved to Lake Havasu City in 1971. Judy was a stay-at-home mom until her kids were older. She became a professional seamstress, first working at Hydro Dynamics and later at London Bridge Linens until she retired. Judy is survived by her three children: Jennifer Bailey (Scott) of Lake Havasu; Jeffrey Hardie (Shani) of Lakeside, Arizona, and Jason Hardie (Tina) of Lake Havasu, in addition to her six grandchildren. She is also survived by her partner of the past 28 years, Vonnie Johnson of Lake Havasu. Extra special thanks go to Hospice of Havasu for their amazing support. Private services are to be held at a later date. Thoughts and condolences may be submitted to the family at www.lietz-frazefuneralhome.com To send a FREE card to the family go to www.sendoutcards/lietzfraze
To plant a beautiful memorial tree in memory of Judy Hardie, please visit our Tree Store

A Private Family Service will be held at a later date.
Online Memory & Photo Sharing Event
Online Event
About this Event