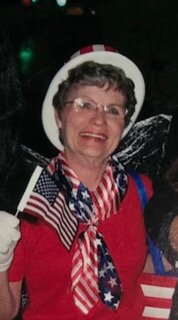 Please share a memory of Yvonne to include in a keepsake book for family and friends.
View Tribute Book
It is with our deepest sorrow that we announce the passing of our beloved Mother, Yvonne Florence Foti (“Y”) who passed away peacefully at her home in Lake Havasu City, Az on August 23rd, 2021. Yvonne was born on October 22nd, 1938 in Fond Du Lac, Wisconsin. Yvonne was pre-deceased by her parents, Mike and Lucilla Beck of Glendora, CA. Yvonne is survived by her three sons, Frank, Pete and Tony and by her daughter, Kathleen Clary, all from Lake Havasu City. She is further survived by her Grand sons, Brian and Andy Foti and her great grandkids, Brooklyn and Brady Foti all from Gilbert, AZ. Also further survived by her sister Carol Beck of Lake Havasu, and brothers Pierre Beck of Bullhead City and Jim Beck of Carlsbad, CA. Yvonne settled in Southern Cal in the early 50’s where she attended Citrus High School in Glendora, CA where she raised her four children until the mid-1980’s when the she made the move to Lake Havasu City. Yvonne became co-owner of River Medical, Inc, the local private ambulance service based in Lake Havasu, running the service for over 26 years, along with her sons. Yvonne became well known throughout the state as an advocate for Emergency Medical Services and how they are or should be compensated. Fighting for the little guy while at the same time bringing the rural areas they served into the Advanced Life Support arena with Paramedics for the first time ever. A very big deal for a small private family run ambulance company. Her ef forts were recognized so much so that an American Flag was flown over the White House for Yvonne on her Birthday, October 22nd, 1999, at the request of then Senators John McCain and Dianne Feinstein. Yvonne was so proud of River Medical and the efforts by everyone involved in trying to save the lives of those in the communities we served and that we were the ones that brought Paramedics to these rural areas when there were none, that, that will be her legacy. Once retired, Yvonne spent countless hours volunteering her time for St Vincent De Paul and assisting the local performance arts theatre. Yvonne had a passion for the theater of arts and appreciated the talents of so many people that she had met over the years. Yvonne loved the older musical movies and it was part of our upbringing as kids. We have the memories of gathering on mom’s front porch, dubbed “magic” listening to her musicals while trying to solve the worlds problems one way or the other. Very special times for all of us. Yvonne loved to play video poker and would often visit the casinos in Laughlin, and Havasu Landing. Yvonne was very much loved by many of the staff of these places. Her vehicle license plate was “4 AAAA”, However, we all know that Yvonne is truly a Queen of Hearts for all of us who knew her. Yvonne’s wishes were just for her family and close friends to gather briefly for a final goodbye and celebration of life at a date TBA. Anyone interested in donating in some way on Yvonne’s behalf, she would like donations to go to either the Hospice of Lake Havasu or The Grace Ann Theatre of Arts, also in Lake Havasu City. Love you Mom. Thank You, The Foti Family Arrangements were placed in the care of Lietz-Fraze Funeral Home and Crematory. Thoughts and condolences may be submitted to the family at www.lietz-frazefuneralhome.com To send a FREE card to the family go to www.sendoutcards/lietzfraze
To plant a beautiful memorial tree in memory of Yvonne Foti, please visit our Tree Store