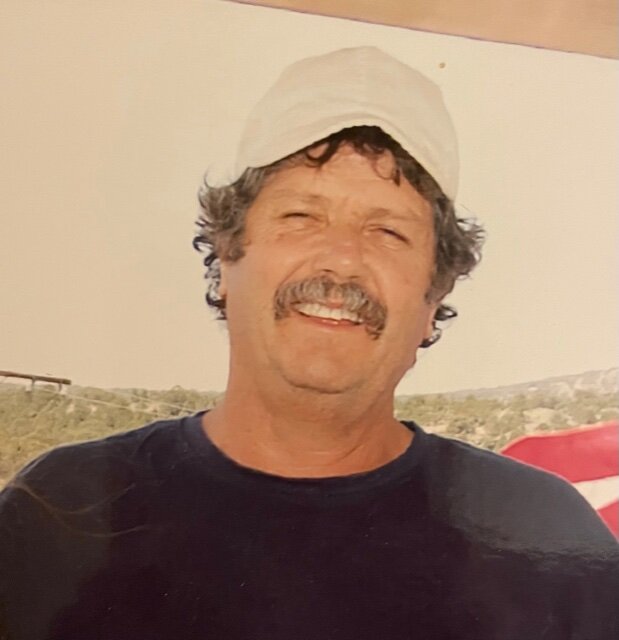 Please share a memory of Terry to include in a keepsake book for family and friends.
View Tribute Book
Terry Ray Hennigan (1953-2021) Terry Hennigan, a Golden Valley resident for the past 23 years, passed away at home on August 25th after a long battle with Myositis. Terry was born in New Mexico on April 15, 1953, to James and Betty Hennigan. He grew up in Los Lunas, NM, graduating from Los Lunas High School in 1971. Thereafter, Terry joined Local 412 Plumbers and Pipefitters Union, specializing as an HVAC Technician. He worked throughout New Mexico, Arizona, and California. Terry was an avid builder, craftsman, mechanic, rock crawler, and off-roader. He and Cindi built their dream home in Golden Valley with the help of family and friends. He always had a special project he was working on in the garage, whether it be designing a rock crawling buggy, working on his 1975 CJ5, or rebuilding his 1978 Chevy. Terry and Cindi were members of the Walapai 4-Wheelers Club for many years, taking their CJ5 to trails all over Arizona and Utah. He and Cindi were able to spend several years of retirement enjoying travel in their RV. Their travels took them all the way to the Atlantic Ocean, the Pacific Northwest, and everywhere in between. Terry is survived by his wife, Cindi, of Golden Valley; sons Erik (Shelby), of Lake Havasu City, Jake (Tara) of Las Vegas; 6 grandchildren, whom he adored; sister BJ (David) Hartford and brother Gary (Debi) Hennigan both of Albuquerque. A celebration of Terry’s life will be held on Monday, September 13th at the Hualapai Mountain Resort in Kingman at 3pm. In true Terry style, please dress comfortably and bring a memory to share with the family. Lietz-Fraze Funeral Home in Kingman is assisting with arrangements. Donations in memory of Terry can be made to The Myositis Association (www.myositis.org.) Arrangements were placed in the care of Lietz-Fraze Funeral Home and Crematory. Thoughts and condolences may be submitted to the family at www.lietz-frazefuneralhome.com To send a FREE card to the family go to www.sendoutcards/lietzfraze
To send flowers to the family or plant a tree in memory of Terry Hennigan, please visit Tribute Store
Monday
13
September

Share Your Memory of
Terry
Upload Your Memory View All Memories
Be the first to upload a memory!
Share A Memory
Send Flowers
Plant a Tree