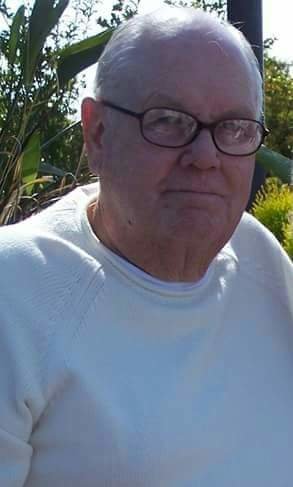 Thomas Howard Brown January 27, 1933 – June 23, 2021 Thomas Howard Brown, 88, passed away June 23, 2021 at his home in Lake Havasu City, Arizona. Thomas was born January 27, 1933 in Downey, California to Walter and Letha Brown. He went to Long Beach State and worked as a Los Angeles County Sheriff. He met and married the love of his life, Loretta, in Downey, California. They were married December 24, 1951. Together they shared 64 years of marriage and were blessed with four children, two grandchildren and one great-grandchild. Thomas and Loretta lived in Downey, California and then made Lake Havasu City, Arizona their home in 1983. He enjoyed fishing. Thomas was preceded in death by his wife Loretta, his parents, Walter and Letha, his daughter Kathryn, his brothers, Walt and Dick and his sisters, Iva, June, Evelyn and Ruby. He is survived by his sons Kenneth and Ralph, his daughter Karen, his two grandchildren and his great-grandchild. Thoughts and condolences may be submitted to the family at www.lietz-frazefuneralhome.com To send a FREE card to the family, visit www.sendoutcards/lietzfraze
To plant a tree in memory of Thomas Brown, please visit Tribute Store
Services for Thomas Brown
There are no events scheduled. You can still show your support by planting a tree in memory of Thomas Brown.
Visit the Tribute Store

Share Your Memory of
Thomas
Upload Your Memory View All Memories
Be the first to upload a memory!
Share A Memory
Plant a Tree