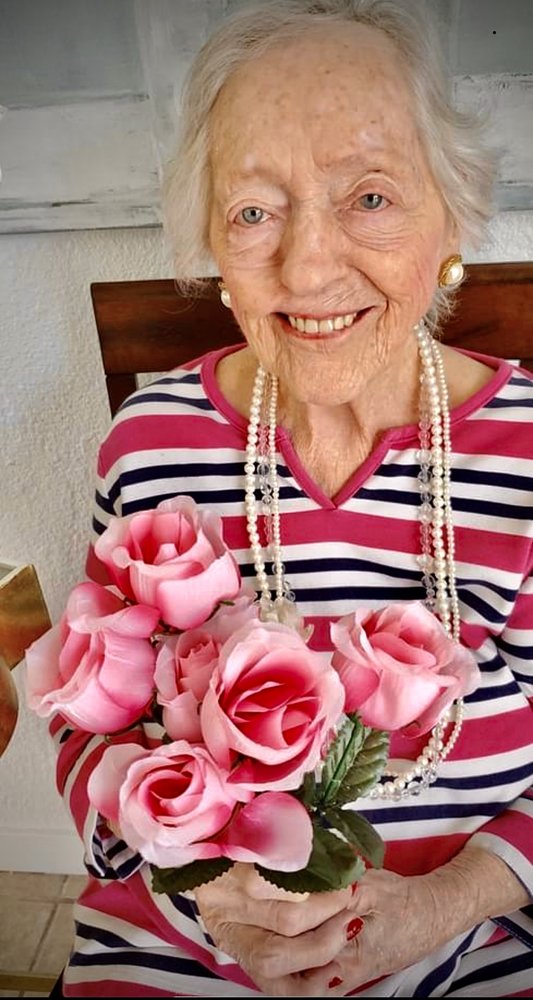 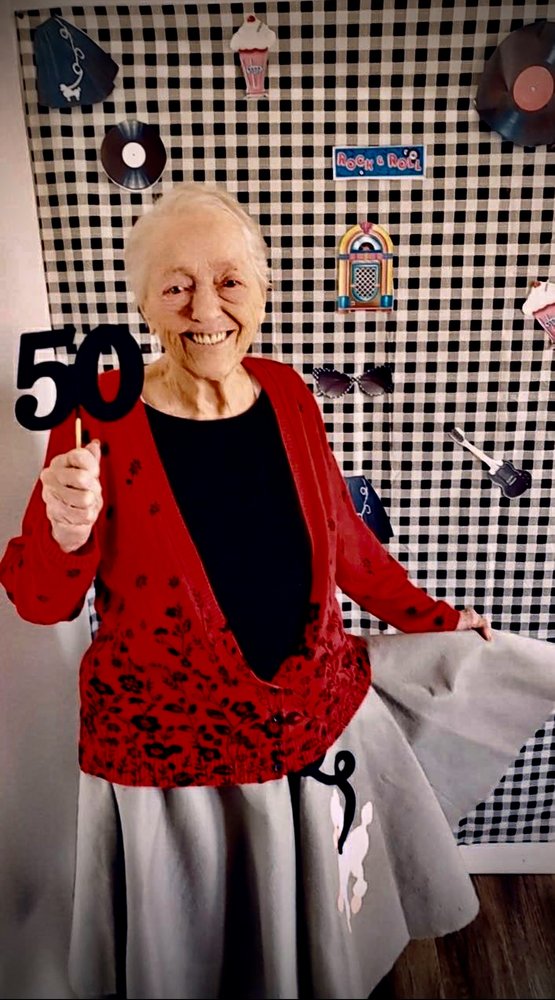 Florence “Flo” Mary Steffer January 24, 1932 – May 30, 2021 Flo went to be with Jesus peacefully on Sunday morning, May 30, 2021. She was 89 years old. Flo was born in Pittman New Jersey on January 24, 1932. Her parents loaded up the family and moved west to reside in Inglewood, California, where Flo went to school, and excelled in sports and a cappella choir. Flo moved to El Segundo, California with her husband, Bill, until he retired in 1983, when they moved to Lake Havasu City, Arizona. Flo has worked in the past answering phones as a PBX Operator, and even worked for Mattel Toys tying bows for the then famous Chatty Cathy doll, but her greatest accomplishment was that of a homemaker. Flo loved her family, and has been very active in her children’s lives as their biggest encourager – especially in sports and music. She also enjoyed any time she could spend with her grandchildren and great grandchildren. Flo grew up in the Evangelical Free Church of Inglewood, California, and upon moving to Lake Havasu City, she became an active member of Havasu Christian Church where she often shared her beautiful singing voice. Her faith in God stayed strong until the end, and she was known as the prayer giver for meals when she moved to her fabulous assisted living facility, Gems 4. Flo is survived by her two sons, Billy and Jeff; 6 grandchildren and 16 great grandchildren. A viewing will be held on Friday, June 11, 2021 at Lietz-Fraze Funeral Home, 21 Riviera Blvd., Lake Havasu City, AZ 86403, from 4:00 pm – 6:00 pm. Funeral services will be held on Saturday, June 12, 2021 at Havasu Christian Church, 341 Mulberry Avenue, Lake Havasu City, AZ 86403, at 10:00 am followed by a graveside service at Lake Havasu Memorial Gardens. Flowers or donations may be sent to Havasu Christian Church, 341 Mulberry Avenue, Lake Havasu City, AZ 86403; Donations can also be made to Gems Assisted Living, 2136 Senita Drive, Lake Havasu City, AZ 86403. Condolences can be sent to Flo’s family at www.lietz-frazefuneralhome.com. Arrangements were placed under the care of Lietz-Fraze Funeral Home & Crematory.
To send flowers to the family or plant a tree in memory of Florence Steffer, please visit Tribute Store
Friday
11
June