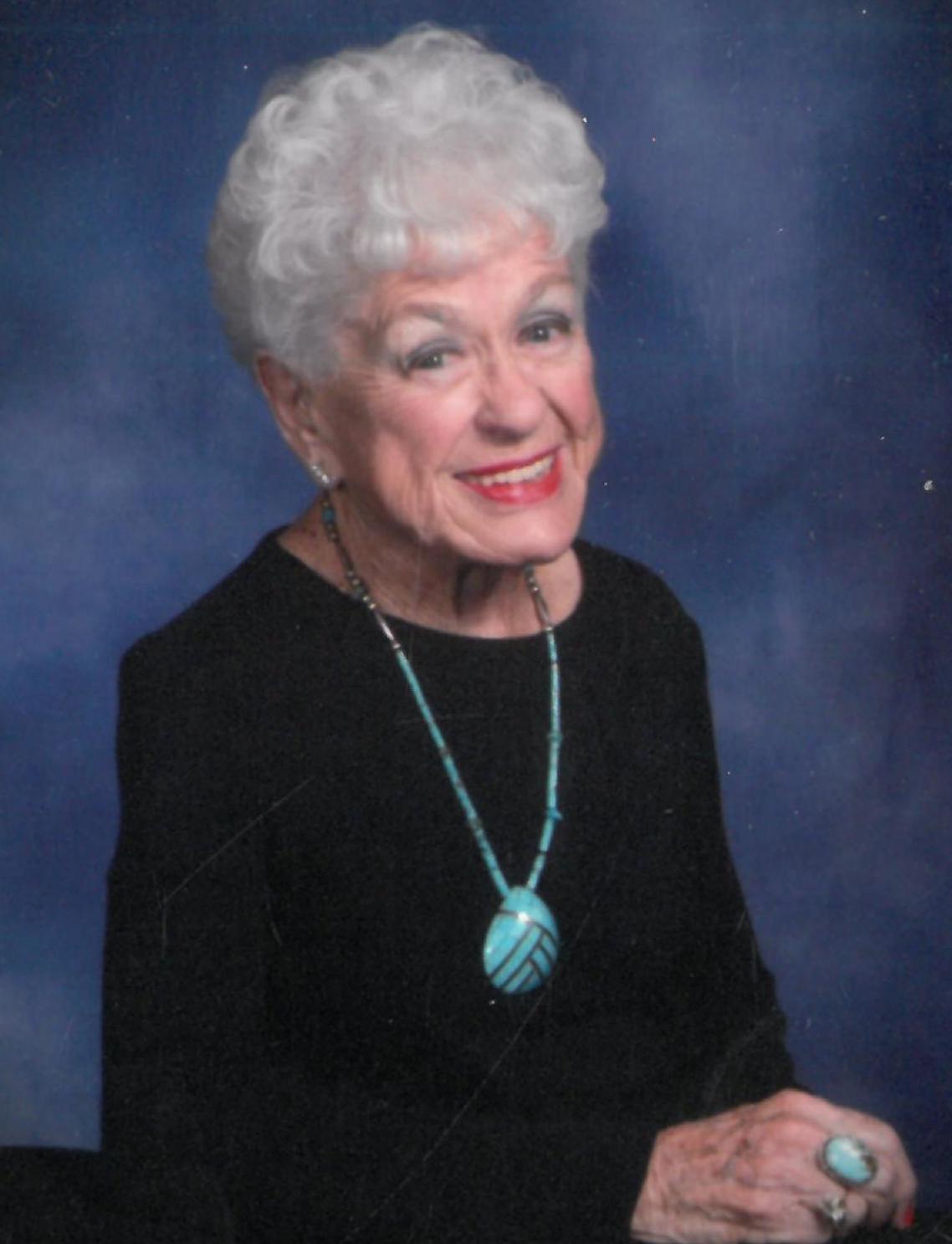 Helen E. Moran October 14, 1923 to April 8, 2021 Helen Elizabeth Moran was born in High Point, North Carolina on October 14, 1923. She was the first child of Daniel and Addie Short, and soon had four more siblings. She graduated from High Point Business College. During WWII she married and moved out to California where her son Gary was born. She spoke fondly of the beautiful orchards and ranches in the Santa Clara Valley before it was known as Silicon Valley. While working for San Jose Abstract, Helen’s husband was called into the service and sent to Germany. The family followed, and her daughter Beth was born there. Back in the states in 1954, she went to work for Valley Title Company as an escrow officer and later as company Vice President. Eventually, she became a Realtor, and was flying with prospective clients to Lake Havasu City in the early 60’s. Helen was a member of many committees and was elected 1972 President of the Women’s Council of the San Jose chapter of the National Association of Real Estate Boards. She retired from real estate in the mid-70’s and spent her time between Brookings, OR, and Parker AZ, enjoying oil painting, playing bridge, and square dancing. She moved to Lake Havasu City in 1988 and enjoyed singing in the Community Choir. She was active in politics as a member of the London Bridge Republican Women and was past State Secretary of the Arizona Federation of Republican Women. She served the Mohave County Republican Party in the past as Secretary, Parliamentarian, and locally as a Precinct Committeeman. Helen is preceded in death by her parents, husband George Moran, husband William Lennartz, brother Bill, and son Gary Root. She is survived by sisters Jean Allen and Barbara Nowell, brother Tim Short, daughter Beth Nair, grandsons Larry (Sheryl) Root and Steven (Jennifer) Root, granddaughter Melissa (Kevin) Martin, eight great grandchildren, and two great-great grandchildren. She was a member of St. Michael’s Methodist Church. Services are pending. In lieu of flowers, please make donations to Hospice of Havasu and St. Michael’s Methodist Church.
To plant a tree in memory of Helen Moran, please visit Tribute Store
Services for Helen Moran
There are no events scheduled. You can still show your support by planting a tree in memory of Helen Moran.
Visit the Tribute Store