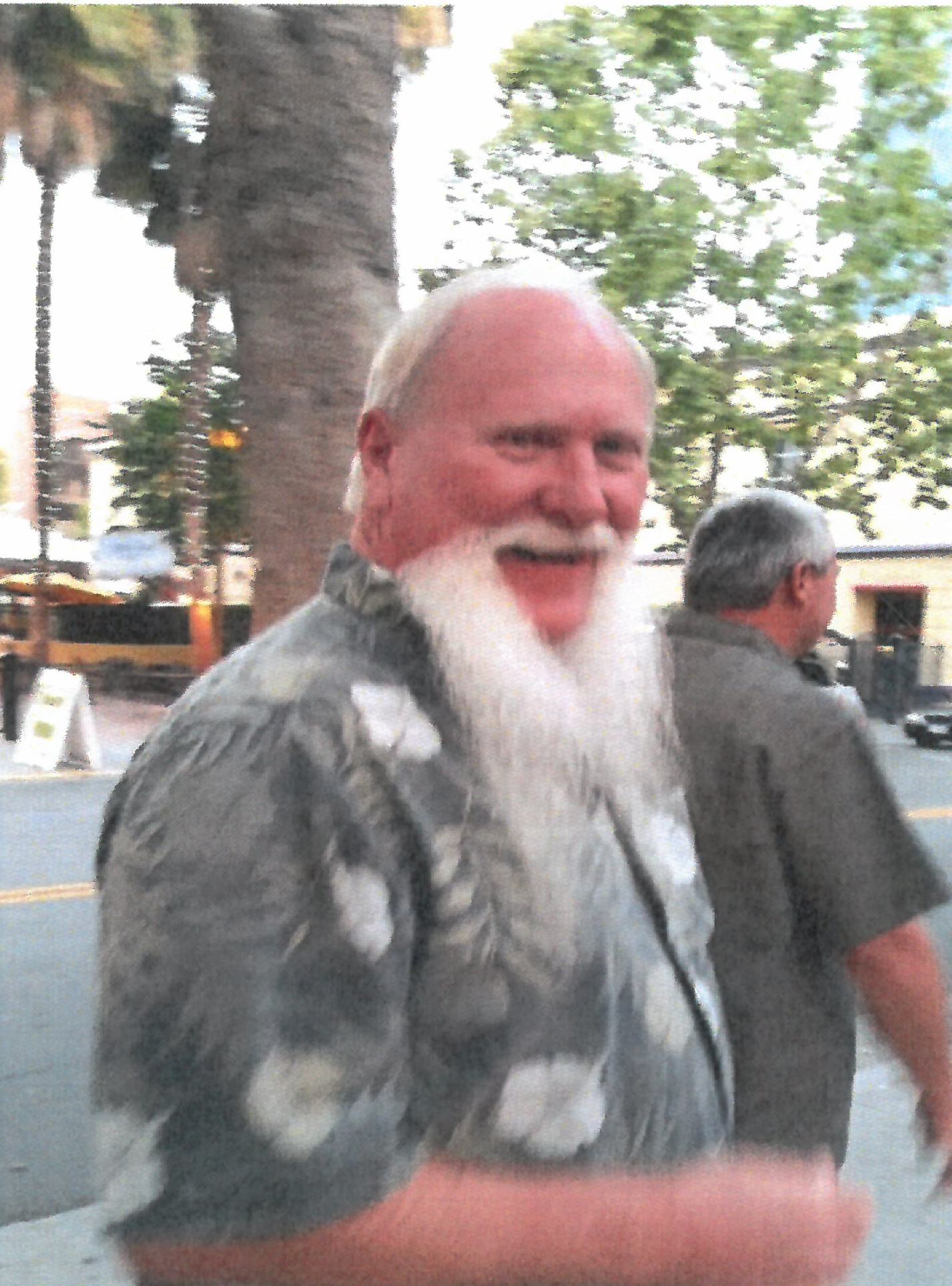 Please share a memory of Kevin to include in a keepsake book for family and friends.
View Tribute Book
Kevin Michael McCaan, or as most know him as “Mr. Lucky” left us on Valentines Day. August 31, 1951 -February 14. 2021. The strongest healthiest man I have ever known had an unfortunate case of covid19. He fought this to the end. Kevin was born at Camp Pendleton in Oceanside, California. He grew up in Orange County, California and most of the beach area. His father was a Marine and fought in the Korean war. He unfortunately passed away before Kevin was born. His mother was a beautiful woman who raised two boys on her own and gave them the best life she possibly could. He lived in California until 1994, which he moved Apple Valley until 2000. He then built his retirement home in Lake Havasu City. He is survived by his life partner Sherri, his brother Mark, three children, Thomas, Christina and Kimberly, two stepchildren, Meagen and Christopher, one grandson and four step grandchildren. Kevin loved his children dearly and was so excited to have a grandson. Kevin was in my life for twenty-one years, and my children loved him like a papa. He was my heart and soul for twelve years. We were the best together. Kevin was so full of life, refused to let aging get in the way of everything he loved to do. He loved classic cars, being in low rider clubs back in the 70s. He had quite the collection of beautiful cars to this day. He was a very intelligent man with so much knowledge in most everything. He had many businesses throughout his life, but his favorite has been a Hotel renovations contractor for over thirty-five years, in which most of that time was with Zerr Enterprises of Colorado. He has a lot of great stories and memories from those days. He also decided in 2008 that he and his friends needed a place of their own to play darts and pool and just to hang out. He built Mr. Lucky’s Billiards in Lake Havasu City in 2008. The only pool hall in town, great atmosphere and great people. He built it for the locals and he wanted everyone to enjoy the game of Billiards as much as he did. He loved pool from an early age. He played at Mr. Lucky’s Billiards in Torrance, California. It was his favorite place growing up, which is what inspired him to build his own. He has several teams of pool players which he adored and was very proud of. He supported them in every way possible. He was very respected in the community. No matter where we would go, his unique moustache was admired by many. Tourists would have photos taken with him. He had several classic cars, boats, and loved to take the motorhome and the Harley and just go on a road trip. He just had a love for life and everything about it. He had said to Sherri one day, “When it’s my time to go, I want you to take my ashes and put them in my boat, “Bad to the Bone”, take it out to the river in Parker and light the boat on fire.” I said I am not doing any of that!!!! Kevin was an amazing kind-hearted fun-loving person. Tough when he needed to be. He was a great businessman and a comedian like no other. He was my best friend, soulmate and love of my life. We will miss you Kevin and thank you for sharing your amazing life with everyone who was fortunate to know you. We love you and you will always be “Mr. Lucky”. Services were entrusted to the care of Lietz-Fraze Funeral Home. Thoughts and condolences can be sent to the family at www.lietz-frazefuneralhome.com. To send a free card go to www.sendoutcards.com/lietzfraze.
To plant a beautiful memorial tree in memory of Kevin McCaan, please visit our Tree Store

Look inside to read what others have shared
Family and friends are coming together online to create a special keepsake. Every memory left on the online obituary will be automatically included in this book.
View Tribute Book
Services for Kevin McCaan
There are no events scheduled. You can still show your support by planting a tree in memory of Kevin McCaan.
Plant a tree in memory of Kevin

Share Your Memory of
Kevin
Upload Your Memory View All Memories
Be the first to upload a memory!
Share A Memory
Plant a Tree