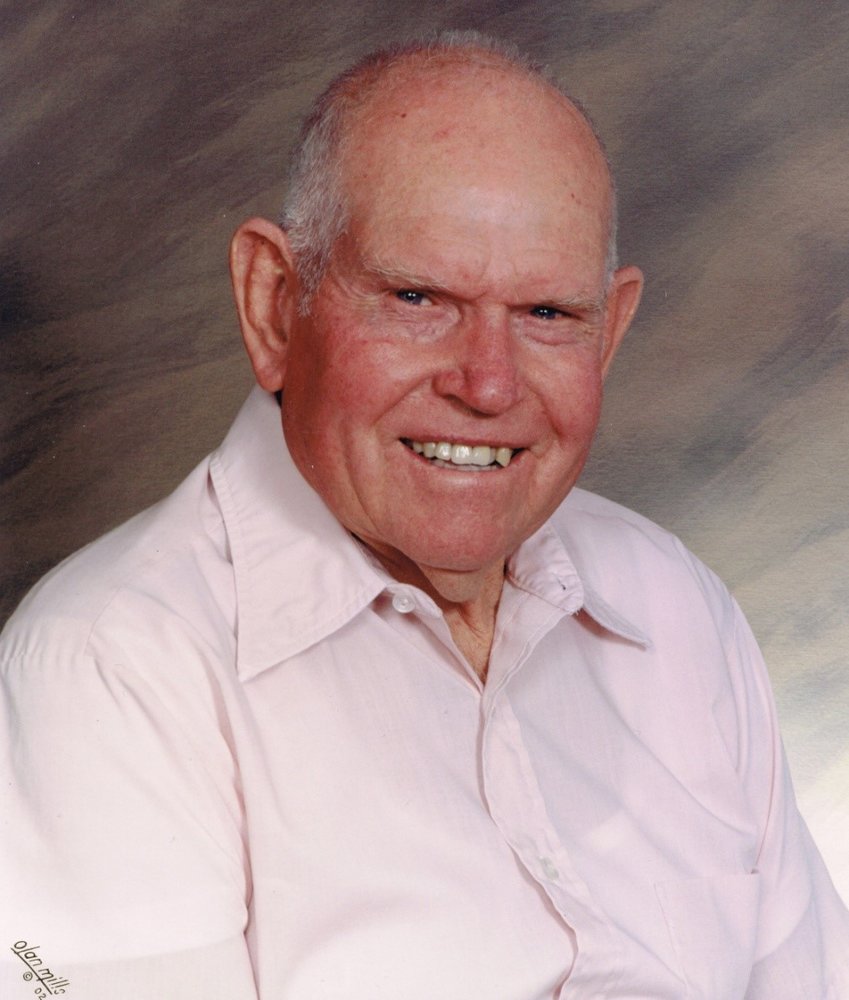 Galen Albert Bigler, 95, passed away on February 9, 2021, in Kingman, Arizona. He was born June 7, 1925, in Central, Arizona, the son of George Albert and Harriet Emily Bigler. He proudly served in the US Army Air Force; during WWII he was stationed in Guam. He married Margie Ann Hatchett, June 20, 1956. In 1964, Galen and Margie moved to Kingman where he held many positions at Duval Mine. He was a farmer at heart and his gardening skills are legendary. He was a loving husband and father and was known for his kind acts of service to his neighbors, friends, and strangers. In addition to his wife Margie and his son Nephi, he was predeceased by six brothers and four sisters. He is survived by one sister, seven children, Albert, Roy, Carl, Bill, Ann, Polly, and Francis. He was adored by many grandchildren and great grandchildren. Dad, you truly were of “The Greatest Generation”, we will cherish your memory and strive to honor you always. A service of remembrance will be held Thursday, February 25 at the Church of Jesus Christ of Latter-Day Saints, 610 Eastern St., Kingman. A viewing will be at 1pm followed by a 2pm service. Interment will be 11am, February 27, at Central Cemetery in Central, Arizona. Arrangements were placed in the care of Lietz-Fraze Funeral Home and Crematory and Memorials may be sent to the funeral home. Thoughts and condolences may be submitted to the family at www.lietz-frazefuneralhome.comTo send a FREE card to the family go to www.sendoutcards/lietzfraze
To plant a tree in memory of Galen Bigler, please visit Tribute Store
Services for Galen Bigler
There are no events scheduled. You can still show your support by planting a tree in memory of Galen Bigler.
Visit the Tribute Store