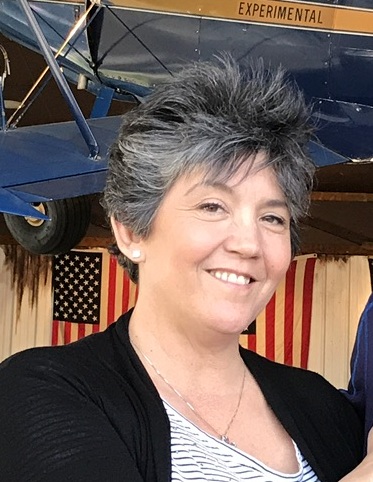 Motta, Christine M. (Laliberte) age 52, of Lake Havasu City, AZ and formerly of Pawtucket, RI passed away on Thursday, February 11 after a courageous 5 year battle with cancer. Born in Providence, RI, the daughter of Francis Laliberte Sr. and Carol A. (McDonald) Laliberte she lived in Pawtucket until 2002 when she then moved to Lake Havasu City. She graduated from Shea High School in 1987 and then Arthur Angelo's School of Cosmetology & Hair Design. She worked at International Hair Design before changing careers and then working for Ocean State Job Lot where she rose to the position of store manager. While in Arizona, she was a service manager and bookkeeper for Basha's Family of Stores for approximately 17 years. Christine married Gilbert Motta in October of 1993 and celebrated nearly 25 years of marriage before his death in September of 2018. She is survived by her mother Carol Van Dale of Lake Havasu City, her brother Francis Laliberte Jr. and his wife, Donna, of Pawtucket, her dear nephew, Neal Piggott of Lake Havasu City, her aunt and uncle, Violet and John Scanlon of Rehoboth, MA, and her step sister, Wendy Bannon and husband Mike of Goodyear, AZ. She was predeceased by her husband Gilbert, her father, Francis Laliberte Sr. and her step-father, Albert Van Dale. In lieu of flowers, please make a donation in her memory to Hospice of Havasu: www.hospicehavasu.org Services were entrusted to the care of Lietz-Fraze Funeral Home. Thoughts and condolences can be sent to the family at www.lietz-frazefuneralhome.com. To send a free card go to www.sendoutcards.com/lietzfraze.
To plant a tree in memory of Christine Motta, please visit Tribute Store
Services for Christine Motta
There are no events scheduled. You can still show your support by planting a tree in memory of Christine Motta.
Visit the Tribute Store