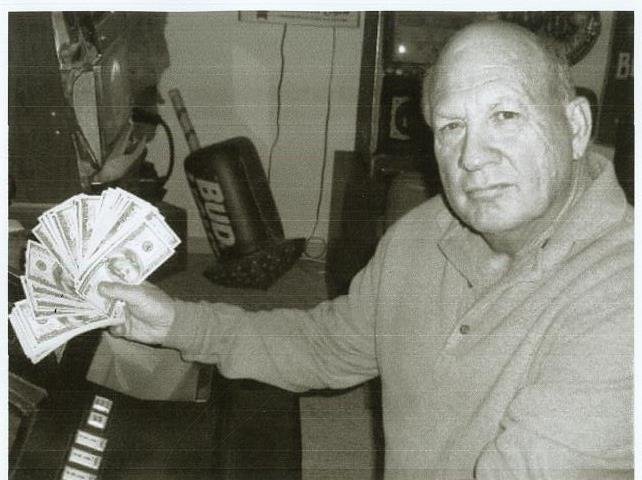 Charles (Charlie) Eugene Stacks, of Kingman, AZ, passed away on February 12, 2021 with family by his side. Charlie was born in Little, Rock, Arkansas on May 15, 1940 to Bob and Pauline Stacks. He had one brother, Bobby, who preceded him in death as well as his parents. During his childhood, one of his jobs was picking green beans for $1.25 a crate. He would leave in the dark, work all day and return home in the dark. In high school he was in the car club “The Stray’s”, it was an outlaw car club and they were considered “Greasers”. In the summer of 1954 at the young age of 14 years old, he was diagnosed with Polio. He was transported to L.A. General and put into isolation. His parents couldn’t see him. If effected his left side; leg, arm and mouth which caused his lip to curl up. But he did not have to go in an Iron Lung. He was then sent to a Rehab place and was there for about 6 months learning to walk again. He was big for his age so they put him into a Men’s Ward. He was then an outpatient for 5 months. He had to deal with Polio the rest of his life, but he never let it stop him. He married the love of his life, Janet, in 1958. He made a career as a Plumber. He worked for Safeway Plumbing for 32 years and did side work after hours and on the weekends. He worked hard to support his family. Charlies is survived by his wife, Janet Stacks and his Sun Conure bird, Dasey. His children Sheryl Stacks of Providence Village, TX, Dean Stacks (Judy) of Kingman, AZ, Darren Stacks of Copperas Cove, TX, Daryl of Kingman, AZ, and Loren (Amy of Dublin, CA. Grandchildren- Nathen, Sarah, Chris, Nicole, Jessica, Daniel, Garrett, and Aidan. Great Grandchildren- Laura, Rachel, Katie, Jonah, Will, Claire, Charlie, Caleb, Darren, Gavin, Katie, Camden, Kaydence, Parker, Everleigh, Brady, and Nolan. Charlies had written his memories of his childhood in a big binder for his children. It is full of so many stories. He was always telling jokes and could remember them forever. Charlie was loved by many. He enjoyed bowling on teams for many years and playing poker with the guys. His two favorite things to do were gamble in Laughlin or Vegas and to eat. The family is so thankful for KRMC Hospice and especially Sarah Stacks, who was such a blessing to our family to help us all through the process. Charlie was so happy when Sarah said he would eat anything he wanted, including donuts! He loved his sugar! Family will be following his wishes of not having a funeral service. We were able to have a Celebration of Life with him when he was placed on Hospice. So many of his family were able to be by his side to hear his stories and jokes. Arrangements were placed in the care of Lietz-Fraze Funeral Home and Crematory and Memorials may be sent to the funeral home. Thoughts and condolences may be submitted to the family at www.lietz-frazefuneralhome.com To send a FREE card to the family go to www.sendoutcards/lietzfraze
To plant a tree in memory of Charles Stacks, please visit Tribute Store
Services for Charles Stacks
There are no events scheduled. You can still show your support by planting a tree in memory of Charles Stacks.
Visit the Tribute Store