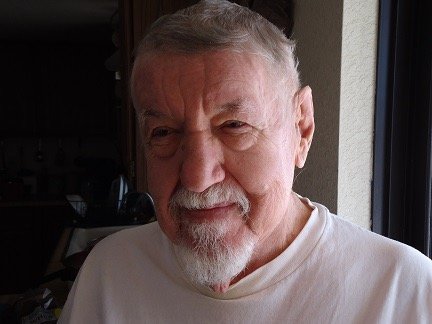 Winfield Scott Shehi August 16, 1926 – January 8, 2021 Scott as he was known by all, was born in 1926, in Topeka, Kansas. In 1944, he left high school to join the Army to serve his country during WWII. Scott was stationed in the South Pacific & Korea and earned numerous medals during his service. Thereafter he returned to the states and earned his high school diploma. In 1950, he married Maria Gaudio, a registered nurse, and they lived in Levittown, New York for 33 years where they raised their family. Scott worked as an engineer for Gould, contracted by the Department of Defense to make submarine simulators for the Navy. Years later Scott attended Farmingdale State College where he earned his bachelor’s degree. In 1986, Scott and Maria retired and moved to Lake Havasu City, where he had lived ever since. Scott was preceded in death by his wife Maria and son Randall. Scott leaves behind his beloved daughter Christina as well as his niece Diane and her husband Robert Pelzer, and great-nieces and nephews Aimee, Kristin, and Robert Pelzer. Scott passed away on January 8, 2021, at the age of 94. Rest in peace, we love you. Services were entrusted to the care of Lietz-Fraze Funeral Home. Thoughts and condolences can be sent to the family at www.lietz-frazefuneralhome.com. To send a free card go to www.sendoutcards.com/lietzfraze.
To plant a tree in memory of Winfield Shehi, please visit Tribute Store
Services for Winfield Shehi
There are no events scheduled. You can still show your support by planting a tree in memory of Winfield Shehi.
Visit the Tribute Store