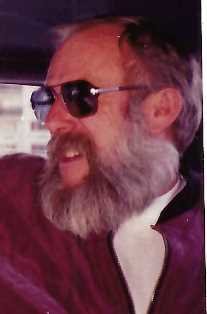 James Edward Young May 16, 1943 – November 12, 2020 James Edward Young, 77, passed away November 12, 2020 at his home in Lake Havasu City, Arizona. He was born May 16, 1943 in Brainerd, Minnesota to Earl and Margaretta Young. He married the love of his life, Teresa, November 11, 1964 in Las Vegas, Nevada. They shared 56 years of marriage and were blessed with three children, nine grandchildren and six great-grandchildren. Jim was a truck driver for Yellow Freight. He enjoyed cars and food. Jim was preceded in death by his parents, Earl and Margaretta and his son Michael Anthony Young. He is survived by his wife Teresa, his son Bill, his daughter Jenniffer, his brother Albert, his nine grandchildren and his six great-grandchildren. Jim’s Memorial Service will be held Monday, November 23, 2020 at 11:00 AM at Lietz-Fraze Funeral Home. Services were entrusted to the care of Lietz Fraze Funeral Home. Thoughts and condolences can be sent to the family at www.lietz-frazefuneralhome.com. To send a free card, go to www.sendoutcards.com/lietzfraze.
To plant a tree in memory of James Young, please visit Tribute Store
Services for James Young
There are no events scheduled. You can still show your support by planting a tree in memory of James Young.
Visit the Tribute Store

Share Your Memory of
James
Upload Your Memory View All Memories
Be the first to upload a memory!
Share A Memory
Plant a Tree