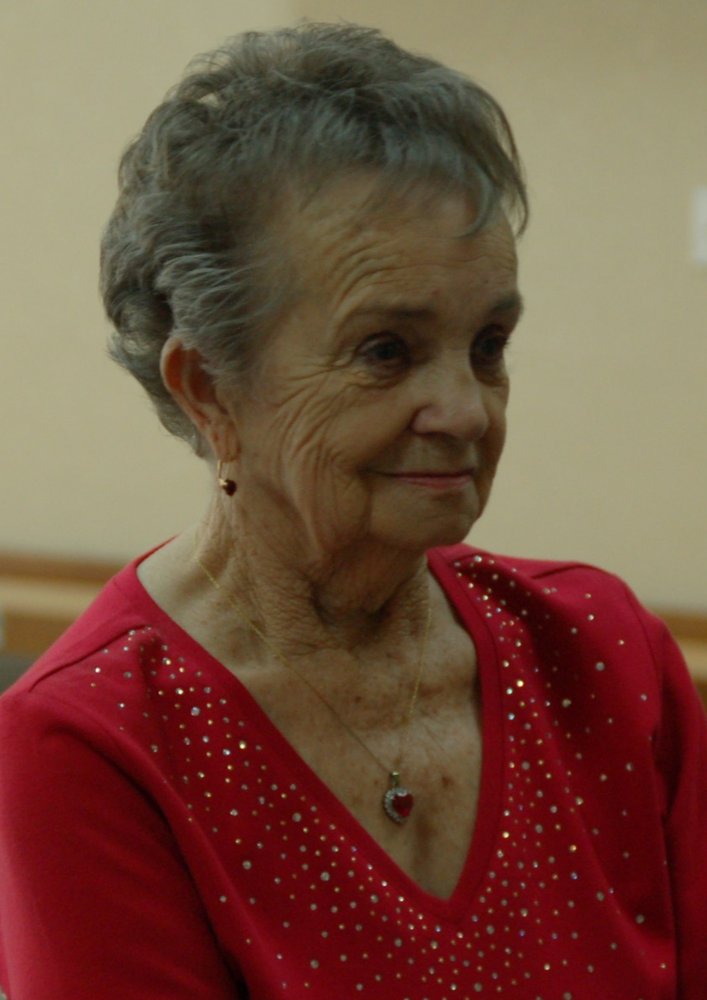 January 28, 1936 – July 25, 2020 Amy B. Darrah, 84, passed away July25, 2020 at her home in Lake Havasu City, Arizona. She was born January 28, 1936 in Reno,, Nevada to Jack and Nancy Landers. Lake Havasu City Arizona has been her home for the past 22 years. After starting her life out in Reno, Amy moved out to Washoe Valley , NV. After leaving Nevada she traveled a lot, until finally making their home in Lake Havasu in 1999. Amy enjoyed knitting, crocheting, beading and embroidery. While she and her husband traveled a lot she also combined it with sewing, meeting new people wherever she traveled. Other activities she enjoyed were judging Junior Rodeos for the kids, and volunteering as camp host for RV parks that her and Jim stayed at along their journeys. She was also a member of the Eagles and Knotty knitters. Amy was a devoted mother, and friend to many who loved her. Amy was preceded in death by her husband Jim Darrah, her parents Jack & Nancy Landers, her children Milk and Donald Darrah, siblings Jackie Alexander and Robert Landers. Amy is survived by her daughters Denise Kimpe and Nancy Waites. A celebration of life will be held at a later date. Donations on Amy’s behalf can be made to Hospice of Havasu, Alzheimer’s Association, or American Kidney Fund. Services were entrusted to the care of Lietz-Fraze Funeral Home. Thoughts and condolences can be sent to the family at www.lietz-frazefuneralhome.com. To send a free card go to www.sendoutcards.com/lietzfraze.
To plant a tree in memory of Amy Darrah, please visit Tribute Store
Services for Amy Darrah
There are no events scheduled. You can still show your support by planting a tree in memory of Amy Darrah.
Visit the Tribute Store