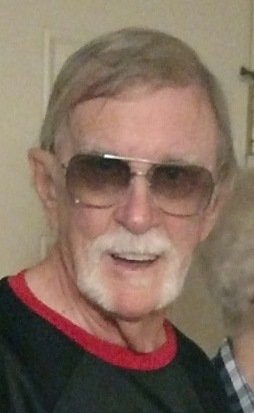 William A (Bill) Stutz was born Sept. 16, 1937 in Aurelia, Iowa, to Albert and Hazel Stutz, and lived there until 1981. On July 12, 1957 he married Jacqueline (Jackie) Cram. Together they raised 3 children, Scott, Marty and Becky. They owned and operated B&J Auto Service in Aurelia for many years. He loved his family, cars, and riding motorcycles. In 1981, with their family raised, they moved to Flagstaff, AZ. Bill worked at W L Gore & Associates there until a brain tumor caused him to become severely visually impaired in 1998. He retired then, and in 2001 they moved to Lake Havasu City, AZ. After Jackie retired in 2004, they enjoyed traveling in the United States, and they also volunteered as docents at the Havasu Museum of History. Family always came first with Bill, he was so proud of his children, grandchildren and great grandchildren. He passed away peacefully on July 17, 2020 at Polidori House in Havasu, from complications of Ataxia. He is survived by his wife of 63 years, Jackie, 3 children and their spouses, Scott and Sara Stutz of Surprise, AZ, Marty and Gail Stutz of Des Moines, IA, and Becky and Ted Colton of Cottonwood, AZ. Also grandchildren Stephen and Jessica Stutz of Seattle, grandson in law Brent Neal, Mariah and Zack Jean of Flagstaff, Ella Stutz of Chicago, Jackie Stutz of Iowa City and Marcus Stutz of Des Moines, and three great grandsons, Nolan and Desmond Stutz and Wylder Jean. He was preceded in death by his parents, his wife’s parents, sister and brother in law Jane and Gary Peterson, brother in law Michael Lease, grandson Andy Colton and granddaughter Stephanie Neal. In lieu of flowers, the family requests you make a donation in his name to Hospice of Havasu or the charity of your choice. No service will be held, the family will hold a celebration of his life at a later date when the pandemic has eased and travel is safer. Services were entrusted to the care of Lietz-Fraze Funeral Home. Thoughts and condolences can be sent to the family at www.lietz-frazefuneralhome.com. To send a free card go to www.sendoutcards.com/lietzfraze.
To plant a tree in memory of Bill Stutz, please visit Tribute Store
Services for Bill Stutz
There are no events scheduled. You can still show your support by planting a tree in memory of Bill Stutz.
Visit the Tribute Store