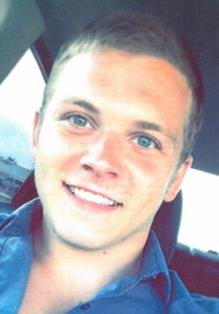 Obituary of Cody A. Purbaugh

Cody was so loved by all his family and was a wonderful son, father, brother, and grandson to all those he left behind. Cody was born in Lake Havasu City, Arizona, but grew up mainly in Carson City, Nevada. Cody attended Carson High School. For some of his adult years, Cody lived in Allentown, Pennyslvania, where he fell in love with being a pawn broker, just like his Pops Wolfgang. Cody then moved to Lake Havasu City, Arizona 3 years ago to be closer to his family. Cody left behind his daughter, Millie; son, Liaahm; mother, Kim; brothers, Chase, Hunter, Justin, and Kyle; nieces, Peyton and Parker; grandparents, Laura Blatt, Bill and Maureen Purbaugh and so many other. When Cody left us behind, he joined his uncle, Corey Garraway; Pops grandpa, Wolfgang and great-grandparents, Lucy and Rolland Weddell, Claude and Georgia Purbaugh and Russell and Freida Gaugler. A Celebration of Life will be held at Lietz-Fraze Funeral Home on Saturday, June 20, 2020 at 3:00pm. In lieu of flowers, donations can be made to Cody's daughter Millie and son Liaahm through Kim Purbaugh. Services were entrusted to the care of Lietz-Fraze Funeral Home. Thoughts and condolences can be sent to the family at www.lietz-frazefuneralhome.com.
To plant a tree in memory of Cody Purbaugh, please visit Tribute Store
Services for Cody Purbaugh
There are no events scheduled. You can still show your support by planting a tree in memory of Cody Purbaugh.
Visit the Tribute Store

Share Your Memory of
Cody
Upload Your Memory View All Memories
Be the first to upload a memory!
Share A Memory
Plant a Tree