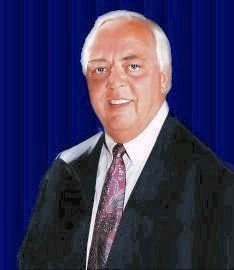 Jerry France, age 75, of Lake Havasu City, Arizona passed away Friday March 20, 2020 with his wife Sharon at his side, holding his hand. He was born January 10, 1945 in Nebraska City, Nebraska. Jerry grew up in Syracuse, Nebraska and graduated from high school there in 1963. He joined the U.S. Air Force in 1966 and served in Viet Nam. After being discharged from the Air Force he attended Law school, but soon decided that wasn’t what he wanted to do. He then went on to pursue a business degree at the University of Nebraska. He went into banking and went on to be bank president at a bank in Kansas City. He later moved to Lake Havasu City, Arizona and joined his sister and brother-in-law ,Diane & Doug Bourne, in their insurance business at Bourne & Gale Insurance Agency. They later merged with AJS insurance Services where he worked until his retirement. Besides his family, Jerry’s big love was Amateur Radio , (Ham Radio). He developed an interest in it at a very young age and was very involved with it for his whole life. He spent many hours a day in his computer and radio room, which his wife called “Command Central”. He delighted in making contacts around the world and had made official contact with almost every country except for North Korea. He was a longtime LBARA ( London Bridge Amateur Radio Association ) member and past LBARA President . Sadly, K7LY has made his last call. Jerry also had a beautiful voice and previously sang with a barbershop quartet in Omaha, Nebraska. He liked to sing to his wife , and to his daughter Ashleigh when she was a baby. His favorite song to sing to Ashleigh was “You are so beautiful”. He was also a past president of the London Bridge Rotary Club and was a Paul Harris Fellow. He was also previously involved with the Havasu Foundation for Higher Education and worked on the board for bringing the new 4 year university to Lake Havasu. Jerry is survived by his best friend and wife of 22 years, Sharon of Lake Havasu City, his daughter Ashleigh Richards (Greg ) of Anthem, Arizona, his sister Diane Bourne and brother-in-law Jack Seyfert of Lake Havasu, sister Kim Adams of Clayton, Georgia, sister Michele Grier (Ken) of Bellbrook, Ohio, brother Robbie Davis (Tracy) of Smith Valley, Nevada, step-son Scott Sargent (Beverly) of Mount Vernon, Washington, 3 grandchildren Avolyn, Lane, and Reagann Richards of Anthem, Arizona and several nieces and nephews. He also leaves behind his beloved dog Cooper and his cat Madison. He is further survived by special friends and ham radio buddies Tom Hutter of Lake Havasu City and Lyle Sibbald of Oshawa, Ontario and Lake Havasu City. We will love and remember him always. Jerry is preceded in death by his parents Muriel and Orval France and by his step-son Shawn Sargent. Due to the coronavirus pandemic a memorial service will be held at a later date. Services were entrusted to the care of Lietz-Fraze Funeral Home. Thoughts and condolences can be sent to the family at www.lietz-frazefuneralhome.com. To send a free card go to www.sendoutcards.com/lietzfraze.
To plant a tree in memory of Gerald France, please visit Tribute Store
Services for Gerald France
There are no events scheduled. You can still show your support by planting a tree in memory of Gerald France.
Visit the Tribute Store

Share Your Memory of
Gerald
Upload Your Memory View All Memories
Be the first to upload a memory!
Share A Memory
Plant a Tree