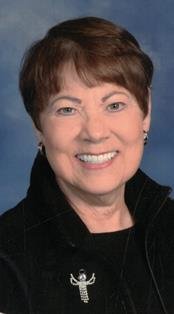 Carolyn Hudak Murphy, age 80, died March 14th, 2020 in Lake Havasu City, AZ. She was born in Steubenville, Ohio to Joseph and Frances (Brozovich) Hudak on November 11th, 1939. Growing up, Carolyn loved the fact that Armistice Day (November 11th) was a national holiday and she always believed school was off and the parades were on because it was her birthday. She graduated from Mercy School of Nursing in Canton, Ohio and eventually went on to earn a BSN at Case Western Reserve University in Cleveland, Ohio, MSN degree and Adult Nurse Practitioner certificate at the University of Colorado and a Ph.D. from the University of Denver. Carolyn was an expert clinician, educator, and author. She held a faculty appointment at the University of Colorado School of Nursing and the School of Medicine, where she pioneered the Adult Nurse Practitioner (ANP) role by designing and implementing the curriculum for the first ANP program in the United States. She authored several nursing textbooks under her maiden name of Carolyn Hudak. She developed and published the first clinical protocols for use in the nursing practice setting. Her critical care nursing textbook was award-winning and recognized as a classic in the field. It went into eight editions and was translated into three foreign languages. In 1960, at University Hospitals in Cleveland, Carolyn met another talented nurse, Charlene Lark. They worked together in Ohio and became and remained best friends. Char left for Colorado, and after completing her BSN, Carolynn traveled west to visit. Like Char, Carolyn fell in love with the Colorado Mountains and moved to Denver. The nurses traveled to the mountains weekends to enjoy the outdoors, camping, and fishing. One of those weekends, Carolyn met and eventually married Granby, Colorado rancher John B. Murphy on August 25th, 1979 and she liked to tell friends that he turned her into a cowgirl. They were married 38 years before John’s death at 101 in 2017. She was preceded in death by her parents; brother, Jack, and husband, John. She is survived by her sister Joyce (Mellott) and brother-in-law Steve Fedeczko, and her aunt Dorothy Eubank. It is a Catholic tradition to pray to our saints. Throughout her life, Carolyn had a very deep devotion to the St. Anthony. In lieu of flowers, please support Our Lady of the Lake’s soup kitchen and school. A limited visitation, per CDC guidlines, will be held at 4:00pm on Sunday, March 22, 2020 at Lietz-Fraze Funeral Home with a Rosary to follow at 4:30pm. Services were entrusted to the care of Lietz-Fraze Funeral Home. Thoughts and condolences can be made to the family at www.lietz-frazefuneralhome.com.
To plant a tree in memory of Carolyn Murphy, please visit Tribute Store
Services for Carolyn Murphy
There are no events scheduled. You can still show your support by planting a tree in memory of Carolyn Murphy.
Visit the Tribute Store