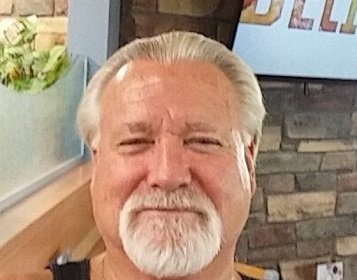 Del Rey Ward passed away on September 2, 2019 at his home in Lake Havasu City, Arizona.  He was born in Seal Beach, California on January 5, 1954.  He was sixty-five years old.

He worked as a plasterer in California and Arizona.  Del has called Lake Havasu City home since the early 1990s.

Del was preceded in death by his parents; Frank S. Parker and LaVetta Bailey, as well as his step-father; Art Ward.

Family members he is survived by include his daughter; Tina Rae Carlson and longtime friends; Chet E. Upshaw and Holly L. Upshaw.

Services were entrusted to the care of Lietz-Fraze Funeral Home.  To send thoughts and condolences to the Ward family, go to www.Lietz-Frazefuneralhome.com.  To send a free card go to www.sendoutcards.com/lietzfraze.

To send flowers to the family of Del Ward, please visit Tribute Store

Share Your Memory of
Del
Upload Your Memory View All Memories
Be the first to upload a memory!
Share A Memory
Send Flowers