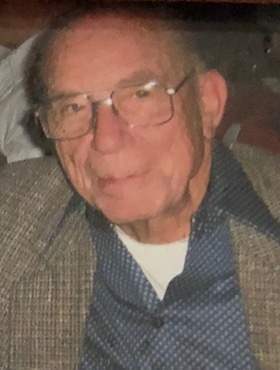 Don served his country in the United States Air Force. He worked as an engineer and retired from Lear Siegler. He married the love of his life, Lola, on July 18, 1953 in Wichita, Kansas. They were blessed with 65 years of unconditional love. Don enjoyed camping, bowling, and most of all spending time with his family. He was a member of the Elks Lodge when he lived in California.

Don is preceded in death by his wife; Lola King and his parents; Henry and Martha King.

He is survived by his daughter; Julie Mahan, granddaughter; Erica Kiger, and two great-grandchildren.

Services were placed in the care of Lietz-Fraze Funeral Home. Thoughts and condolences can be sent to Don’s family at www.lietz-frazefuneralhome.com. To send a free card to the family go to www.sendoutcards.com/lietzfraze.

Share Your Memory of
Donald
Upload Your Memory View All Memories
Be the first to upload a memory!
Share A Memory
Plant a Tree