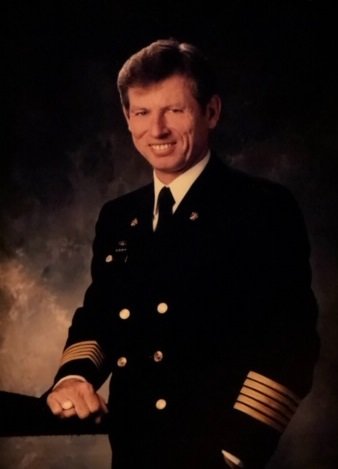 John H Bergman, Jr. passed away on April 7, 2019 at his home in Arizona, surrounded by family.

John was born October 6, 1943 in Kansas City, MO to the late John H Bergman, Sr. and Lorene (Felten) Bergman and was the older of two sons. His brother Greg Bergman, preceded him in death.

John attended Saint Agnes, Bishop Mileage, and graduated from Shawnee Mission North in Shawnee Mission, KS. His education included:  Associate of Science in Major Fire Science from Kansas City Kansas Community College; Bachelor’s Degree in Public Administration from Park University in Parkville, MO; and FEMA sponsored Harvard Fellowship from JFK School of Government, Cambridge Massachusetts. After attending classes at the National Fire Academy in Emmetsburg, MD, he went on to become an Adjunct Instructor for Emergency Management Institute since 1989 working on design and implementation of exercises for emergency personnel and various communities

John joined the Kansas City Kansas Fire Department in 1969 as a Firefighter and held positions of Driver, Captain, District Chief, and Assistant Fire Marshall before becoming Fire Chief in July of 1992 and remained until his retirement in July 1996.

After his retirement from the Kansas City, Kansas Fire Department, he joined the Lake Havasu City, Arizona fire department as Fire Chief and Emergency Management Coordinator in July of 1996 and retired in August of 2005.

He was a member of the International Association of Fire Chiefs, the National Fire Protection Association, Arizona State Emergency Response Commission and served on the Kansas City Metro Chiefs Association.

John enjoyed hunting, boating, classic cars, breakfast with retired firemen, and a good cigar with friends and family. He also enjoyed researching and reading about history, especially the Civil War.

He leaves behind a long legacy of involvement in the communities that he lived, and will be remembered for the many lives he touched. John leaves behind a family that will truly miss him, and we will all treasure the memories and the lessons he shared with us through the years.

Share Your Memory of
John
Upload Your Memory View All Memories
Be the first to upload a memory!
Share A Memory
Plant a Tree