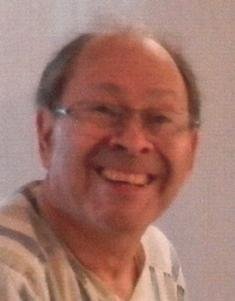 On Friday morning, March 22, 2019, Norman Soren passed away at home with his “soul-mate”, wife, Maria Lydia Herrera, by his side.  He courageously battled pancreatic cancer to the end, with the help of his loving wife and Hospice Care.

Norman called himself the “Havasu Handyman” and his business card read: “Norman Soren, Wood Flooring Specialist and Much More.”

Norman Soren was born on April 22, 1947, in Fall River Massachusetts to Aaron and Selma Soren.  When Norman graduated from High School in Providence, Rhode Island, at the age of 17, he joined the United States Air Force after learning he had a very good chance of being drafted.  He met his wife, known as Lydia, in San Antonio.  They married in September, 1967.

Norman and Lydia retired from Hemet, California, where he was a smog technician and window covering specialist.  He also had an auto repair shop.  They moved to Lake Havasu City, Arizona, in April of 2009, to be near family.  He continued to do various skilled jobs, such as floor tile installation.  He made many friends who enjoyed his sunny smiles and original jokes.  Norman liked going to movies, dining often with a group of friends, going to Aquatic Center arthritis exercise classes, and generally being helpful to others.  He will be greatly missed by many people!

Norman was preceded in death by his parents and his only sibling, a brother Larry.  He is survived by his beautiful wife; children; Norman Soren Jr., Chad Soren, Heidi Dawn; stepson, Eric Nelson; step-daughter, Toni Herrera-Nelson, and Julie Grace; eight grandchildren and one great-granddaughter.  He also left his beloved “kids”, Boston Terriers’, Buddy and Brandy.  A third Boston Terrier, Princess, passed away several weeks before Norman’s death.

A service for Norman will be at Lietz-Fraze Funeral Home on Saturday, March 30, 2019 at 2:00pm with a Graveside service to follow at 3:00pm at Lake Havasu Memorial Gardens.

Services were entrusted to the care to Lietz-Fraze Funeral Home.  Thoughts and condolences can be sent to the family at www.lietz-frazefuneralhome.com.