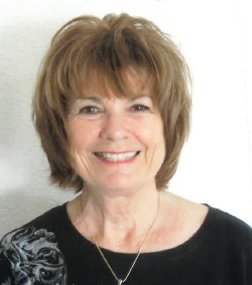 Gwen was born in Torrance, California to Melvin and Gladys Smith on November 8, 1939, and grew up in Lomita, CA. She met her high school sweetheart, Tom whom she was married to for 59 years. She graduated from Narbonne High School in Lomita, CA in 1957, and went to Los Angeles Harbor College for secretarial courses. Gwen worked for Los Angeles City Schools in the testing program grading tests, Aeropsace Corporation, Ann Francis Fabrics, Bullock’s Wilshire, and Northrop Grumman as an administrative assistant until she retired in 1995, moving from Rancho Palos Verdes, CA to Lake Havasu City, AZ.

Gwen is preceded in death by her mother and father, Gladys and Melvin Smith, and her sister, Pamela (aged 6 weeks).

Gwennie was beloved by all who knew her, and will be greatly missed.

Memorial donations may be made to Susan G. Komen (ww5.komen.org), designating your donation for “Inflammatory Breast Cancer Research”, or Hospice of Havasu (www.hospicehavasu.org).

To send flowers to the family of Gwendolyn Steinbach, please visit Tribute Store