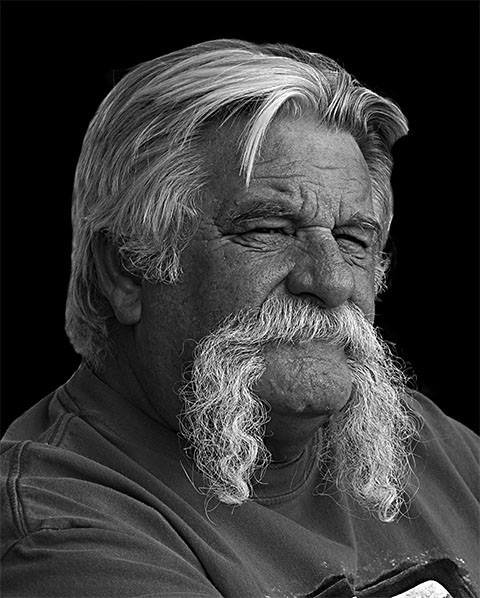 Cory met his wife, Diana, on a blind date. They spent 42 years together and had two children, Christy and Randy. They began their life together in Glendora, Ca. and moved to Lake Havasu in January 1990.

Cory enjoyed teaching his children to ride quads, go camping, and pick up tarantulas but to stay away from the baby lobsters (scorpions). He taught his daughter how to change her oil, tires, wheel bearings, and other car maintenance because no man would ever measure up to her daddy, until Brandon came along.

After Cory’s daughter joined the Air Force, he spent his time imparting all of his framing knowledge to his son Randy, who followed in his footsteps and became a framer. They both could look at the sticks of a house and see how it should be built. They built motors and trucks together and enjoyed their time in the garage solving the world’s problems. Cory and his family traveled Europe together. He and his son especially enjoyed Amsterdam but those stories never left the garage.

Cory’s passions were his moustache and his VW bus club, the London Bridge Bullis. He claimed he was born with the moustache. He met lots of good friends through the VW club and campouts. He loved the Buses by the Bridge and was at the entrance gate from beginning to end. Always the cashier, he knew everyone coming through the gate and they all knew him. And if you’ve been to BBB, that’s a lot of people!

He loved being on the lake in his Magic Deck boat. His grandsons got their first boating experiences in the Magic boat where he taught them to drive at the ripe ages of 5 and 3, closely supervised by Grandpa to ensure minimal havoc wreaked among other boaters. He sold the Magic boat to fund his love of travel and camping with his beloved wife and spent a summer traveling the US, ending up in Florida to visit with his daughter and grandsons.

After he retired, he spent his summers traveling and working in campgrounds. A job he was really good at and really loved. Camping was his passion. He was a talker and he loved to meet people from around the world and make sure they had a great camping experience.

Unfortunately, he had to leave a month early from his last job in Yellowstone to come home, where he passed away from pancreatic cancer. He was so much more than we have room to share.

Cory is preceded in death by his father; Horace Edward Houck and his son; Randy Alexander Houck.

He is survived by his loving wife, Diana Houck; mother, Betty Houck; daughter, Christy (Brandon) Compeau; brothers, Tom (Joanne) and Rick (Diane) Houck; grandsons, Tyler and Owen; and many nieces and nephews and people who loved him.

His family will have a celebration of life with Cory’s favorite foods at a later date. If you know Cory, you know what we’re having.