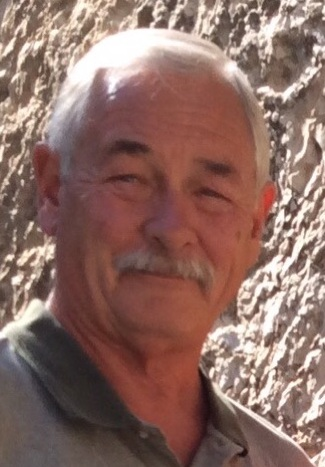 Please share a memory of Ronald to include in a keepsake book for family and friends.
View Tribute Book
Ronald "Ronnie" George Conzet, of Lake Havasu City, Arizona, passed away on November 8, 2017. He was born on October 13, 1945 in Watertown, Minnesota to his parents, Glenn and Bernadine Conzet. He was 72 years of age. Ronnie attended and graduated from Rockford High school in Rockford, Minnesota. After graduation, he decided that he wanted his career path to lead him in the direction of manufacturing so he became a manufacturing engineer for Graco/Tetra. Ronnie enjoyed guns and going trapshooting. He was a great/funny clown who volunteered cheering people up and was an auctioneer for many different charitable organizations. He was a member of Calvary Baptist Church, the Eagles, and ANGELS in McGregor, Minnesota. Ronnie was always involved in volunteer service and did countless hours of volunteer work. He loved his church and taking care of his elderly neighbors. He was a very kind hearted and loving person who will be deeply missed and loved. Ronnie and his wife, Sallie, of 40 years, were snowbirds for a number of years but became full time residents in Lake Havasu City, Arizona six years ago, coming from Minnesota. Ronnie was preceded in death by his parents, Glenn and Bernadine Conzet. He is survived by his beloved wife of 40 years, Sallie, of Lake Havasu City, Arizona; sons, Joel, of Maple Grove, Minnesota, Chad (Laura), of Champlin, Minnesota, Randy (Sherrie) Chancellor, of Oxford, Connecticut, and Ryan Todd (Karen) Chancellor, of Robbinsdale, Minnesota; honorary son, Tony Tran; brother, Malrin (Patricia) Conzet, of Sioux Falls, South Dakota; sisters, Sharon Conzet, of Plymouth, Minnesota and Patricia Conzet, of Plymouth, Minnesota and ten grandchildren. Services will be at Calvary Baptist Church, McCulloch Campus, 1605 S. McCulloch Blvd., on Saturday, November 25, 2017 at 10:30am. There will also be a memorial Dec 8th, at 11:00AM, at Valley Community Presbyterian Church, Golden Valley, Minnesota. Donations can be made to ANGELS in McGregor, Minnesota or Calvary Baptist Church-Sportsmen's Club. Services were placed in the care of Lietz-Fraze Funeral Home. Thoughts and condolences can be sent to the family at www.lietz-frazefuneralhome.com. To send a free card to the family, go to sendoutcards.com/lietzfraze.
To plant a beautiful memorial tree in memory of Ronald Conzet, please visit our Tree Store

Look inside to read what others have shared
Family and friends are coming together online to create a special keepsake. Every memory left on the online obituary will be automatically included in this book.
View Tribute Book
Services for Ronald Conzet
There are no events scheduled. You can still show your support by planting a tree in memory of Ronald Conzet.
Plant a tree in memory of Ronald